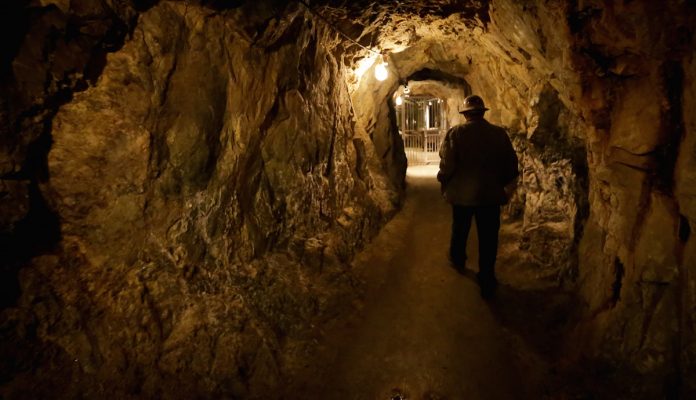 “There’s gold in them hills” that the old-timers left behind, and Newmont Goldcorp hopes to plunge for the riches like none of their predecessors.

During a presentation last week at the Cripple Creek City Council meeting, Mike Schaffner, general manager of  Newmont’s CC&V Gold Mine,  gave a short update of the company’s progress, including its highly touted plan for a major underground venture.

The company, according to Schaffner, has received the initial go-ahead by corporate officials for a $4.2 million specialized, targeted drilling exploration near the Vindicator Mine 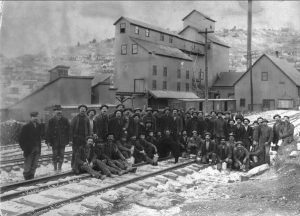 area. This is the first stage of what could become a huge underground plunge for rich deposits that the old-timers weren’t able to obtain due to timing. In fact, the company plans to use specialized equipment, similar to what was used to rescue miners in  Chile in a mission that captured worldwide attention.

This work, which will be done next year, will give Newmont a sample of what is available in rich ore areas that were unexplored. In essence,  Newmont wants to mine much higher grade ore that the original miners couldn’t obtain due to several key geological and infrastructure factors, including the construction of the Carlton tunnel.

Newmont officials see the path to an underground operation as a big key to continuing the lifeline of their operations in the district. Otherwise, they may have to wager their bets on the price of gold rising, in order to operate at a profit in the distant future.

According to CC&V spokesman Brad  Poulson, the operation would eventually try to ply high-grade ore in the Vindicator Valley between the 7,000 and 8,000-foot  elevation zone. This is where previous mining activities, done by the old-timers, got halted.

The first phase for the underground search involves a plunge down a 2,500-foot horizontal drift by exploring specific geological targets.

In an earlier community presentation in July, company officials made it clear that the underground workings are part of a long-range plan and isn’t exactly cheap. The exploratory stages alone could exceed the $26 million level. At the earlier meeting, company officials also unveiled state-of-the art technology that makes underground plunges much safer than those done in the late 1800s and early 1900s.

Newmont has developed a much different approach to a potential underground operation than the former owners of CC&V, AngloGold Ashanti, which had a much more aggressive timeline. However, Newmont’s CC/V operators have now emphasized the importance of this future project. “We are running out of space,” said Schaffner, at the earlier community meeting. 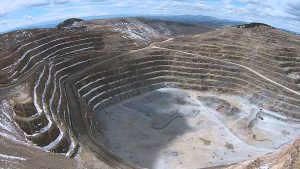 The current lifeline of the Cresson mining pit expires in 2027.

As for other mine activities, the company is proceeding on schedule with its various projects. Some of these include an extensive wildlife fencing project and valley leach field expansion and the relocation of historic structures associated with the American Eagles project.

Schaffner stated that they will pursue an Amendment 13.

The council reacted warmly to the mine’s presentation. Some questions were raised about whether the underground operation would impact trails in the Vindicator Valley, a top spot for visitors.

Schaffner, though, told the council that visitors would not notice the underground exploration efforts at all.

Other questions were raised about the CC/V’s community investments.

According to Schaffner, these now total about $300,000. He said in 2019, CC&V received 91 requests for community investment dollars, totaling $1.24 million. CC&V was able to accommodate 65 of these projects and also played a big role in sponsoring several largescale events, such as the Victor Burro Race, the 2 Mile Club Aspen Tours and community mine tours.

Due to a merger that was completed in 2019, Newmont Goldcorp is now the world’s leading gold company,