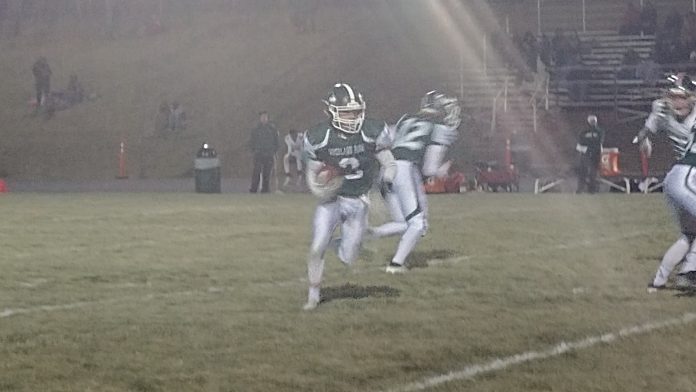 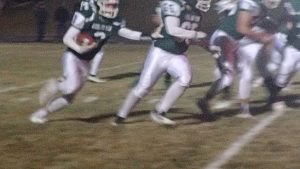 No, we are not joking, and this isn’t an April Fool’s ploy. The Panthers’ pigskin crew was sizzling hot during their Oct. 18 home showdown.

At first glance, the game last Friday night looked like it was going to be a low scoring contest, as the two teams kept trading the ball back and forth even refusing to punt. But then, in the second quarter, the Panthers gained some huge momentum and ended up dominating their rival Mustangs shutting them out completely and reeving up their offense.

In the first quarter, the Panthers’ offense struggled to make plays work. Their attempted runs were getting shut down and they struggled to complete passes whether they were short or long.

The Panther defense held strong as they started punishing the Mustang offense right off the bat. The Panther offense would lose the ball when they failed to convert on fourth down, but then their defense would stop the Mustangs. At first, the Mustangs also kept losing the ball due to a turnover on downs after trying to go for it on fourth.

The score at the end of the first quarter was 0-0 but that scenario change drastically in the second quarter of the game. The quarter started off with a little more back and forth but then things changed when Panther quarterback Colin Kucera hit Bryson Cox with a deep pass down the sideline for a huge play.

The big passing play gave the Panthers first and goal and everyone knew they would not be settling for a field goal. After one failed play, the Panthers stayed on the ground and ran running back Braden Roskam in for their first touchdown.

The second quarter was pretty much just more scoring for the Panthers as the team’s defense just shut down the Mustangs. The Panther defense made one big interception and a fumble return that both helped set the Panthers up to score. 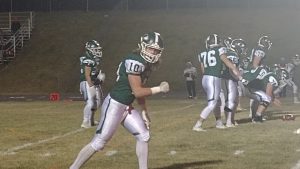 Kucera also stayed strong in the second as he threw two passing touchdowns hitting his favorite targets including wide receiver Tyler Baldus. The Panther offense would end up scoring three passing touchdowns and hitting the end zone twice on the ground.

Roskam also continued to shine as he got a 22-yard rushing touchdown during the second quarter to help the Panthers’ score. Another player worth mentioning is running back Matias “Smash” Lopez as he led the team rushing by gaining good yardage every time he touched the ball.

During just the second quarter alone, the Panthers scored five touchdowns and successfully kicked all five extra points. The Panthers absolutely dominated by halftime by leading with a 35-0 score.

In the second half, the Panther winning edge stayed just about the same. The Panther defense held strong and kept the Mustangs from scoring during the rivalry match. The offense got one more touchdown on the ground during the game’s second half to put the icing on the cake.

Next week, the Panthers hit the road to take on the 5-2 Elizabeth Cardinals. The Panthers had better work on improving across the board this week as this match is an important game to win since it is the Panthers’ last league match.

At this point the Panthers only have two games left of the 2019 season and only one is a league game on the road. The Panthers final game is at home but does not count towards their league record. 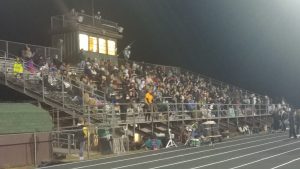 Unfortunately for Panther fans, after the team’s two devastating losses back to back against La Junta and Lamar, the Panther boys’ do not have a chance to see the playoffs this year. The Panthers currently have a 4-3 overall record, but with their 1-2 league record even if they win against Elizabeth this week, they will not earn a good enough league record to rank high in their conference and earn a spot in post-season play.