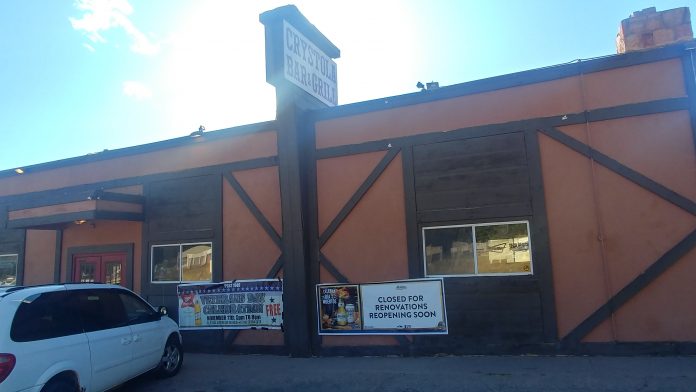 Lately, many local residents have questioned why one of the county’s most popular local watering holes has been closed.

For several weeks, anyone who has driven past the Crystola Roadhouse, located just east of Woodland Park on Hwy. 24 has noticed the sign letting the public know that the business has new owners and the bar/restaurant is temporarily closed for renovations. “We put up 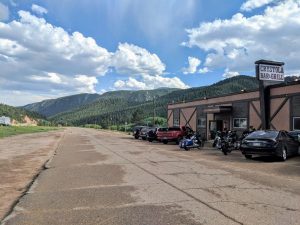 some big banners outside that said that we are closed due to renovations and that’s exactly what we are doing,” said the Roadhouse’s new owner Stacey Sturdevant. “We’re not changing Crystola. Crystola is pretty important in my family history. Both of my folks moved to Woodland Park with their families in 1957. It goes back to me knowing one of the earlier owners which were the Brocks.”

The new owner said that she and her husband, Michael Sturdevant, looked at purchasing the Crystola Roadhouse about two years ago. The deal took a while to get finalized, but the family ended up purchasing the Roadhouse last month. “The whole concept is to restore it, not to change it, but to restore it,” Stacey Sturdevant explained. “And, it is in desperate need. This current building was built in 1945 and it hasn’t had a whole lot of work done to it.” 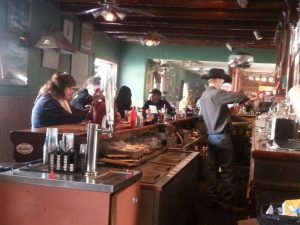 Crystola owner said that the “barback” piece located on the back wall behind the bar is also an antique relic that was once owned by Dempsey.

The Sturdevants’ ultimate goal is to restore the Crystola Roadhouse to what it was years ago when Stacey remembers going to it as a music venue. She said that she is receiving help from a professional roadhouse music venue consultant and plans to focus more on the location’s live concert capabilities. The new owners plan to bring more music to the Roadhouse overall including having more “national bands.” The Sturdevants also plan to add an outdoor pavilion behind the main building that will be used to host outside concerts.

The Sturdevants are not new to restoring historic buildings nor the restaurant business. The family also owns The Donut Mill in Woodland Park and two other bar/restaurants in Colorado Springs. They said that the Roadhouse is the 12th restaurant that they have owned. 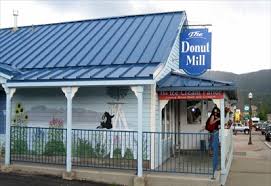 Stacey Sturdevant said that she purchased The Donut Mill over a decade ago partly because the building was once a private residence that was owned and lived in by her mother’s best friend. She said that with the rising property values in the area, she doesn’t want to see all of the old, historic buildings getting torn down.

The family also has a plan for the future as Ashton, their 16-year-old son, has already helped out with some of the process. The Sturdevants said that Ashton will get involved with more of the operations of the business when he turns 21.

She said that one day Ashton will be the Crystola Roadhouse’s owner/operator and that he will follow the tradition of preserving and restoring the historic structure. The family hopes that the renovations will be completed soon and that the Roadhouse will re-open in mid-November.