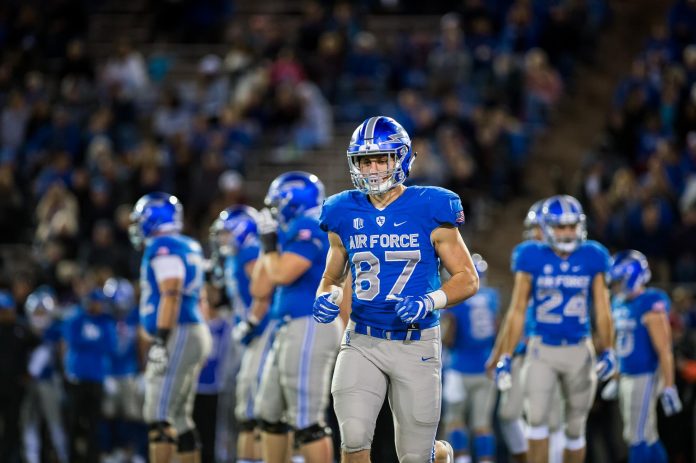 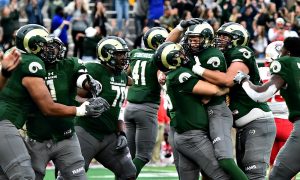 The Rams had a bye last week so we will see if they have spent the time improving their game. Air Force didn’t have much trouble with Fresno State two weeks ago but the Bulldogs still put 24 points up on the scoreboard. Unfortunately, I don’t think the Rams will give the Bulldogs a run for their money like the Falcons did.

The Falcons continue to look mighty and they officially remain to be Colorado’s best college football team.

When the Falcons match up slightly better or evenly with their opponent they tend to shine. They have proven the ability to stay in the game until the end and win in the final minutes and even in overtime. The team has also shown an explosive offense that can put 40+ puts up on an opposing defense if they are not playing their best game.

However, the Falcons still seem to have trouble defensively. So far they have allowed their opponents to score more than 20 points in all of the games they have played except one. Whenever the teams get matched up against an explosive offense, they seem to struggle. 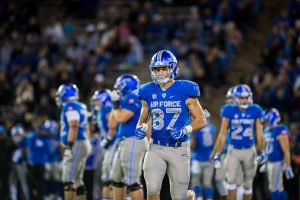 This week, the Falcons play Utah State at home, which is the team that does well offensively in almost every game. During one game, the Aggies scored 62 points against their opponent.

Trevor’s Prediction: The Falcons have been playing top-notch and I like the improvements to the team I have seen throughout the season. Utah State is having a good year, but I think that there is a chance that they will lose. The Aggies don’t appear to be the New Mexico Bowl-winning team that they were last year and I think that the Falcons’ offense has a chance to wear them out. Hopefully, for Falcon fans, the birds win this conference match because it will help keep them up in the ranks in the Mountain West. I think the Falcons will use their home field advantage on this one and come out ahead but just barely. Air Force 37, Utah State 34.

Colorado Buffs Taking A Script From 2019

It seems as if the Buffaloes are somewhat repeating what they did last year. 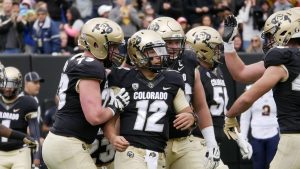 Last season, the Buffs went undefeated during the first half of the season and at one point were sitting high in the national ranks. But then the Buffs lost every game after their winning streak and failed to earn a bowl game invite.

This year the Buffs didn’t start off ranked high nationally or with a big winning streak but at one point during the season the Buffs were 3-1. Now they teeter back and forth from having a .500 record. The Buffs also seem to be getting weaker as the season wears on just like they did in 2018. The team’s offense has had their moments, but the Buffs struggle defensively in just about every game. This Friday night, the Buffs come back home after two weeks on the road to take on the USC Trojans.

The Trojans are sitting in 3rd place currently in the PAC 12 but have around a .500 record after losing two weeks in a row after they played two nationally ranked teams back to back. The Trojans, do, however, play a good game offensively and they have scored at least 28 points during every game they have played this year including their losses.

Trevor’s Prediction: I would like to say that the Buffs have a chance to win this one because USC’s record makes them look mediocre. However, all-season the Buffs have seemed to have problems with opposing teams that show up with a stellar offense. I think the Buffs will put on a decent show offensively but I don’t feel like it will be enough. I think it will be another high scoring game but that the Trojan offense will look like world champions playing against the poor CU defense. USC 44, Colorado 35.