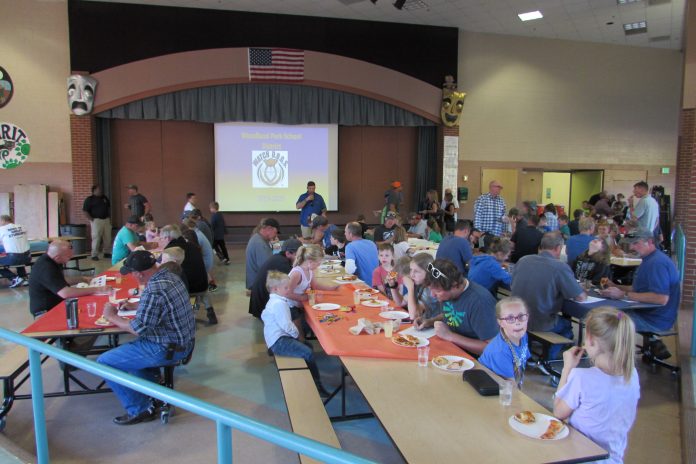 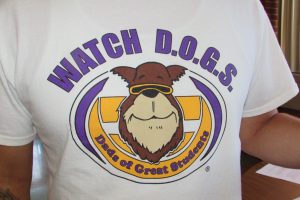 Watch D.O.G.S., which stands for Dads Of Great Schools, is a national program that started in 1998 with two main goals:

Today more than 6,450 schools around the nation have implemented Watch D.O.G.S. with 227 in Colorado. Gateway Elementary was the first school in Woodland Park School District that implemented the program in 2013 followed by Woodland Park Middle School in 2015.

“I have seen the difference the program makes to many students in academics, discipline, and just their positive attitude,” said Doug Zurek, who started in Watch D.O.G.S. at Gateway and is currently the Top Dog Coordinator at WPMS. “I have built many relationships with students over the past years and am still contacted by them as they have moved up through the grades.” Zurek added that every day as a Watch D.O.G., students share information with him such as updates on their grades; test results; 4-H competition outcomes; and how they are doing in sports.  “I recently got to watch one play softball for the WPHS JV team.”

A Watch D.O.G. performs numerous duties throughout the day, including:

*Checking exterior/interior doors to be secured

*Help in the lunchroom

*Helping out in their child’s classroom

*Wherever the teacher needs help

*Having fun, the most important task of all.

“I’m spearheading the goal to have the Watch D.O.G.S. program implemented and running in all of the elementary schools and the middle school,” Zurek said, and by the looks of the crowd, interested volunteers and the principals from each of those schools were present.

Thank you to Park State Bank & Trust, Peak Internet, and AJ’s Pizza for sponsoring the program since 2013. For more information about the program and becoming a Watch D.O.G., contact Zurek at (719) 659-4892 or mswatchdog@wpsdk12.org.