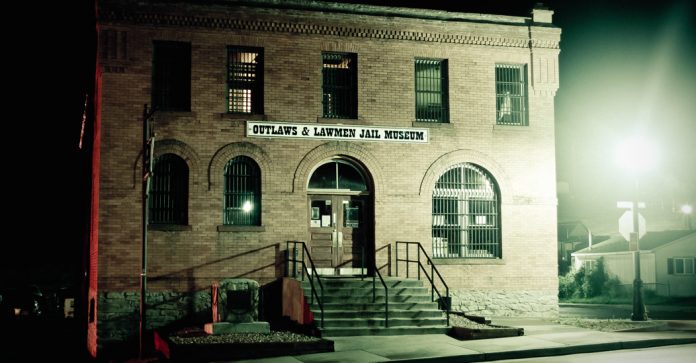 One of Cripple Creek’s secret perks is the fact that the town has some of the most rare and interesting museums in the area.

The historic mining town is filled with exciting tales from the past and the four museums located in Cripple Creek work towards telling the stories of the old mining district for more than a century.

Currently, all of the town’s museums are still on their summer hours and they are open most days during the week and on weekends. All four of the museums within the town have a different story to tell, including two that specialize in featuring the outlaws and ladies of the night from the past. 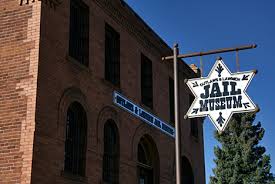 In 1901, the Teller County Jail was built in a brick building on Bennett Ave. located across the street from the Cripple Creek Police Department. The jail operated as the county jail until the present day detention center in Divide was built in 1992. These days the old jail building operates as a museum that still has the original cells intact that were built in 1901.

According to Cripple Creek Heritage Tourism Director Michelle Rozell, the jail museum focuses on the criminal inmates and policemen of the town’s famous past. “The museum talks about all of the local lawmen and all of the local outlaws,” Rozell said. “I have been doing research for eight years on it so there is some stories I found about some of the inmates that have been in there. Our most famous inmate was Jack Dempsey, he was in there for petty larceny.”

The Jail Museum is also known to be one of the town’s most haunted buildings making it a well-known spot for paranormal investigators and enthusiasts. In 2010, the television series Ghost Hunters went to the museum building and did an episode there. During the month of October, paranormal groups come from all over the country to go in there and investigate. 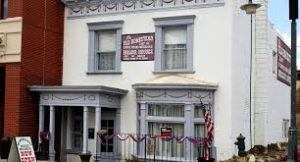 Back in the late 1800’s and early 1900’s the Cripple Creek area was filled with thousands of people when the mining industry was in full boom. Most of the mines were located outside of Cripple Creek but the town grew and thrived due to other things it offered such as dining, shopping, and entertainment. Another feature of the city that made it quite famous was its “Red Light District.”

The downtown strip one block south of Bennett Ave. on the road that is now Masonic was once the part of town that housed saloons, gambling halls, and brothels. One of the town’s most famous prostitutes and madams, Pearl DeVere once operated The Old Homestead House as a brothel for more wealthy clients. Back in those days the average pay for a miner was between two and three dollars a day and Pearl stayed busy charging $250 per night.

The Old Homestead House is located in the same building as DeVere’s brothel and it features displays that educate visitors about her life and business. Since the museum highlights the lives of the town’s prostitutes from back in the day, it is considered one of the most unique museums in the country. The museum is still operating on its summer hours until October when the museum will only be open on weekends.

The Cripple Creek District Museum is located on the east side of town at the end of Bennett Ave. The museum contains a total of three buildings that are all historic structures still standing from the gold rush era. The museum building’s gift shop is the longest standing wooden building in town as it was the only one to survive two fires that ripped through downtown Cripple Creek in the early 1900s. The main museum building was once the town’s railroad depot that once experienced hundreds of people a day going in and out of the town on trains.

Currently, the museum is playing an activity called Mysteries at the District Museum. When visitors go to the museum’s depot building, they are given six clues and they have to find the answers inside the museum to the clues. Their name then goes into a hat and if their name gets drawn, and they have all of the correct answers, they win a real gold nugget.

According to Cripple Creek District Museum Director Bill Burcaw, the museum will be hosting a special garage sale during the town’s fall festival this weekend. “We are cleaning out our basement,” Burcaw said. “And so we have a lot of old stuff that we are selling at the garage sale and that will be behind the museum’s Trade and Transfer building.” 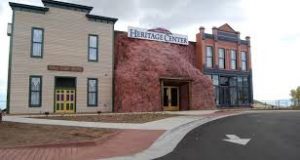 The Heritage Center is housed in the big building off of Hwy. 67 before travelers get to Cripple Creek overlooking the city. Unlike the other museums in town, the heritage and information center’s building is rather new and it offers education about the town’s history and much more. The location of the heritage center is a perfect spot for sightseeing as all of the high mountain ranges to the south and west can be seen as well as an aerial view of the historic mining town.

The Heritage  Center houses displays that portray the area’s history as well as ones that educate visitors on the area’s geology, wildlife, and mining operations of the past and present. Recently, the heritage center gained two new displays through a corroboration they did with the Newmont mining company. One of the new displays contains a vast amount of knowledge about the area’s mining industry and the differences between how miners operated in the past compared to the operations conducted by mining companies in modern times. The second display added this year features samples of the different types of minerals that are naturally found in the mining region.

The big three story building holds a plethora of interesting information about the Cripple Creek area and even has a real life display of the town’s famous gold and crystal-filled Cresson Cave. All of the exhibits and the views offered make the heritage and information center a place that is worth stopping at, while visitors view the aspen leaves in the fall season. Currently, the heritage center is hosting an art show that is set up in the center’s lower level that features artwork from several local artists.