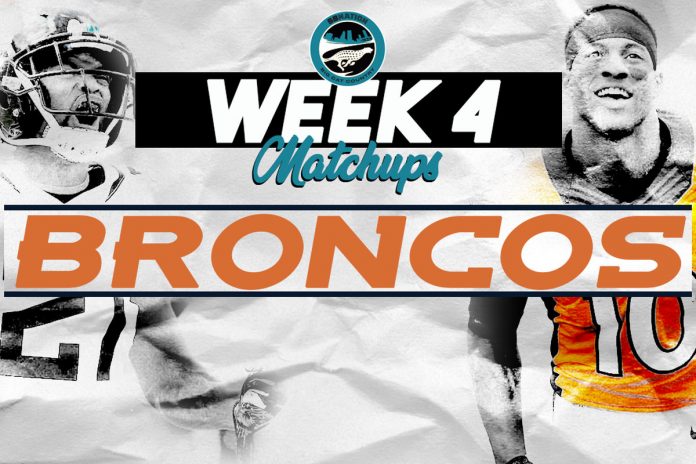 After their week three loss to the Green Bay Packers, the Broncos fall to 0-3 for the first time in 20 years.

Next week the Broncos host the squirrelly Jacksonville, Jaguars in Denver.

So who are those Jags?

Minshew has shown grit and is cool as a January night in Alamosa. Since taking over the starting job, Minshew is 1-1. He lost a squeaker to the Houston Texans 12-13 and showed great poise in the next game, beating the Tennessee Titans last Thursday night 20-7.

He has the swagger of Jim McMahon and the screw-ball insanity of Lyle Alzado . Sources say he stretches before each game in nothing but his jock strap in the locker room to get him psyched up. He is already becoming a legend. Minshew’s incredible start to his NFL career would not have happened if his diabolical plan worked out three years ago. The Jacksonville Jaguars quarterback told the Pardon My Take podcast he tried to intentionally break his right hand with a hammer in 2016 to gain a medical redshirt year, which would give him another year of eligibility. The guy is hardcore.

Of course it takes more than just a quarterback to win games in the NFL. Minshew has some weapons to back up his determination and grit. The wide receiver duo of Dede Westbrook and D.J. Clark has been explosive. His number 3 receiver Chris Conley averaged 15 yards per catch against the Titans last week.

Add to Jag running back Leonard Fournette to the mix and the Jags have another receiving threat as well as a 4.4 yard average running back.

On defense the Jags were projected to be the number 4 defense in the league heading into the 2019 season. The Jaguars’ defense is indeed unreal as they have three players who have been named to the Pro Bowl on their starting defensive line in Calais Campbell, Yannick Ngakoue and Marcell Dareus. Add in a player like Josh Allen through the draft, and it wouldn’t be a shocker if the Jags led the league in sacks this season. 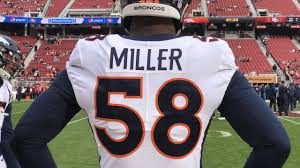 What about those Broncos?

This was only Flacco’s third game as a Bronco, but he is either holding the ball too long or is inconsistent throwing the rock. It’s not all his fault since the Bronco offensive line minus Ja’Wuan James at right tackle and the league leading holding penalty artist Garret Bolles at left tackle, the Bronco O-line is still not living up to expectations. Part of the reason the Packers had 6 sacks last week was because Bolles didn’t have any holding calls. Packer edge rushers just whiffed right by him.

On the plus side for the Bronco offense, Courtland Sutton is having a break out year. He had a career high 5 catches for 87 yards last week. Phillip Lindsay is getting his sea legs and had 4 catches for 49 yards and 21 carries for 81 yards and 2 TD’s last week.

So, what is going on with this losing streak? Mistakes are what. Redzone efficiency is weak, turnovers at critical times, penalties, and oh yeah those refs. Against the Bears, Bradley Chubb is called for a non-existent roughing the passer call that led to a Bears TD. Last week, Emmanuel Sanders was called for a non-existent holding call that got a Royce Freeman touchdown called back.

The Broncos have moved the ball well, only to shoot themselves in the hoof time after time.

The Broncos held the ball for 35 minutes, 34 seconds to just 24:26 for Green Bay. A sixty yard kickoff return was called back due to a block in the back call. Flacco fumbled on the Bronco 5 yard line.

You won’t see it in the box score, but Denver did a good job of orchestrating long, successful drives that kept Aaron Rodgers on the sideline. That’s exactly how you beat the Packers in Green Bay.

If they didn’t turn the ball over three times, this one may have had a different outcome. It’s a tough reality for Broncos fans. The turning point came on the first drive of the second half. The Broncos were down just seven points and were ready to embark on another long drive before the turnover bug bit. Rookie tight end Noah Fant coughed up the ball to Jaire Alexander, and four plays later the Packers scored a touchdown to extend the lead to double digits.

I haven’t mentioned the Bronco defense, because they didn’t show up against the Raiders, the Bears, or last week against the Packers. They are now in the bottom of the bucket in the NFL. No sacks. No turnovers.

If they don’t show up next week, the Broncos lose again. So, write your Congressmen and tell them to tell the Broncos that defenses win championships.

This one will be interesting, but I think the Broncos are sick of losing.