Cripple Creek has always had a flair for theatrics, both politically and in the entertainment spotlight, for decades.

This trend struck a new cord last week in a Butte Theater shakeup that has shocked some community leaders. At the same time, the development opened the door for the return of the Thin Air Theatre Company (TATC), and the prospects of veteran performer and theater manager Mel Moser returning to the stage.

However, the timing of the action has left locals wondering if they are witnessing a new melodrama show that is still being performed on social media outlets.

Following a closed-door session last week, the Cripple Creek City Council voted to give staff the direction for terminating the city’s lease and fiscal contract with The Butte Theater Foundation for 2020. It won’t impact any of the remaining shows for 2019, being handled by the Mountain Rep Theatre Company.

Foundation board members were jolted by this action, as executive director Emily Andrews appeared before the council earlier that evening to discuss their future plans. No concerns were publicly voiced by the council at the time.

However, their group was benched for 2020, following an executive session, which was not attended by the executive director.

When hearing the news, the Foundation issued a stern letter the following day.

“It is with great sadness that we announce that the city of Cripple Creek has voted to discontinue their contracts with The Butte Theater Foundation in 2020. This includes our lease on the theater itself, which consequently means that all theater programming for 2020 has been canceled by the city,” said Andrews in a letter.

However, the city denied this report on its website, saying they opted to take control of the theater operations, and in essence, decided to cut the “middle man out,” and that the shows would go on. Moreover, the city announced the probable return of the Thin Air Theatre Company, which did shows at the Butte from 2007 to 2017.

“The city of Cripple Creek is very pleased to announce the return, pending contract approval (by the city council) of long-time Butte Theater show producers, Thin Air Theatre Company (TATC) for the 2020 theatrical season,” said the city in a press release. “TATC has an outstanding history of producing professional shows at the Butte Theater (from 2007 – 2017. The return of TATC reunites Mel Moser, Butte Theater Manager/Actor, Chris Armbrister, Producer/Actor and Chris Sorensen, Writer, who produced many of your favorite melodramas and plays. As part of this change, the city of Cripple Creek has ended its relationship with the Butte Theater Foundation, who produced shows for the past two seasons. Welcome back Thin Air Theatre Company.”

In a brief statement Thursday morning, City Administrator Mark Campbell stated that the change was prompted by the fact that the Theater Foundation wasn’t able to succeed in its effort to trim costs for the city, one of the main goals it was supposed to pursue. “The arrangement with The Butte Theater Foundation just wasn’t working,” said Campbell.

In a comment on their web site, the city mentioned a problem with fiscal costs. “The Foundation was set up to offset costs for the city. Unfortunately, this did not happen and instead created a duplication of services. The city chose not to renew this contract in order to cut out the middle man scenario and take over direct control again.”

Although no details have been finalized, Campbell indicated that the city may opt for its former setup, with the city contracting out theater operations and then keeping the proceeds and additional revenues generated. Under the deal it did with the Theater Foundation, the city gave the group $280,000 annually. The Foundation then repaid the city $200,000 at the end of the year, and kept all proceeds and revenue generated. “We want to go back to the old school (ways of doing things),” added Campbell 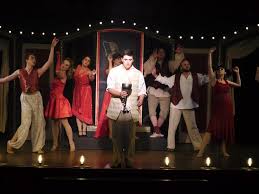 Also, he maintained that much community support was echoed for the possible return of Moser. “We have listened to what people in the community are saying,” said Campbell.

“This was really a business decision,” added council member Meghan Rozell. The council member stressed that the latest theater shakeup was not intended to resemble a “back door” maneuver and that the decision was made in open session.

Like Campbell, Rozell cited the lack of success in reducing costs for the city as what really played into their decision. Plus, the council member, who is making a bid for mayor, noted that a good portion of these monies to finance the Butte are historic preservation funds. “We have to be careful how these are used,” said Rozell.

Another factor playing into the council decision may have dealt with their lukewarm reaction to an ambitious bid by the Theater Foundation to pursue a $1 million expansion into the Star and Horseshoe buildings for a lobby/lounge, an extra entertainment spot, galleries and display areas. The project was called the “West End Performing Arts Complex,” and a major fund-raising campaign kicked off in the summer of 2018.

At last week’s meeting, Andrews announced a pending contract with the Aspen-owners of the Star building for the first phase of the project.

Several council members have told TMJ News they were a little nervous about this bid, and believe the Foundation should have concentrated more on saving money and on the current theater operations.

According to some accounts, this pronouncement of a future contract may have become the “straw that broke the camel’s back.”

However, Foundation leaders are fuming over the latest turn of events.

In an email to TMJ, Andrews stated, “We were completely blindsided by this decision. The Foundation has been extremely successful in its pursuits, was keeping sales up and increasing revenue and programming,” said Andrews. “While there were occasional misunderstandings with the city as we grew and the relationship began to evolve, we believed them to be just that: misunderstandings. With our success, we had no reason to believe that the city would ever terminate our contract. The city never spoke to us about any specific concerns, they never reached out to us about why they felt the relationship was not working, and unfortunately gave us no option to remedy any concerns they may have had. We fulfilled every contract obligation.”

City leaders, though, have had a somewhat rocky relationship with the Theater Foundation, since last fall.

“This is our brand,” said Councilman Chris Hazlett, in outlining concerns at the time. Plus, a several month delay occurred in finalizing the lease deal for this year between the city and The Butte Theater Foundation.

And ultimately, the showdown may have come down to control. Under the direction undertaken by the  Foundation, the shows at the Butte would have had less intervention by the city. Also, some long-time residents contend they liked the quality of the shows better under TATC. Oddly enough, TATC left the city after it couldn’t come to terms with a contract with the Theater Foundation for the 2018 season.

According to Finance Director Paul Harris, the city-owned the Butte Theater facility and subleased to the Foundation the Star building, where their offices are located. It also leased to the group the Victorian Lady home, for the performers. Harris expects a contract to possibly get finalized with TATC by the next council meeting.

Return of a Veteran Actor 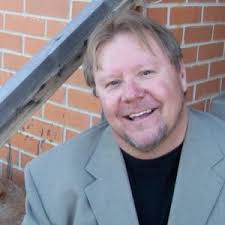 On the upside for the return of TATC, the door could be open for more performances by Moser, regarded as the performer and manager who put the Butte Theater on the map. Moser is known for his classic roles as melodrama villains, Scrooge and other infamous characters. He has been involved in Cripple Creek theater for decades, stemming from shows at the old Imperial under the leadership of the Mackin family, considered the pioneers of classic melodrama performances in the historic district.

Several questions still remain unanswered from the latest turn of events. What is the status of the expansion plans considered by the Foundation and the status of this group?

Andrews indicated the Foundation may not be ready to throw in the towel. She cited the Theater Foundation as a non-profit group aimed at enhancing “theater and arts engagement in Teller County.  We are currently under contract to purchase The Star building, and had plans to renovate the building to have an expanded lobby and event space, artist galleries, a small cabaret stage and space for the community to further participate in the theatre.”

But without access to the Butte theater, those plans could now be in limbo. Regardless, the remaining four shows for the 2019 season will continue. “While we will not be returning in 2020, we still have four shows left in 2019. Four Amazing shows that will be created and performed with all the love and passion we have left to give,” concluded the Foundation team, in a public announcement released last week.