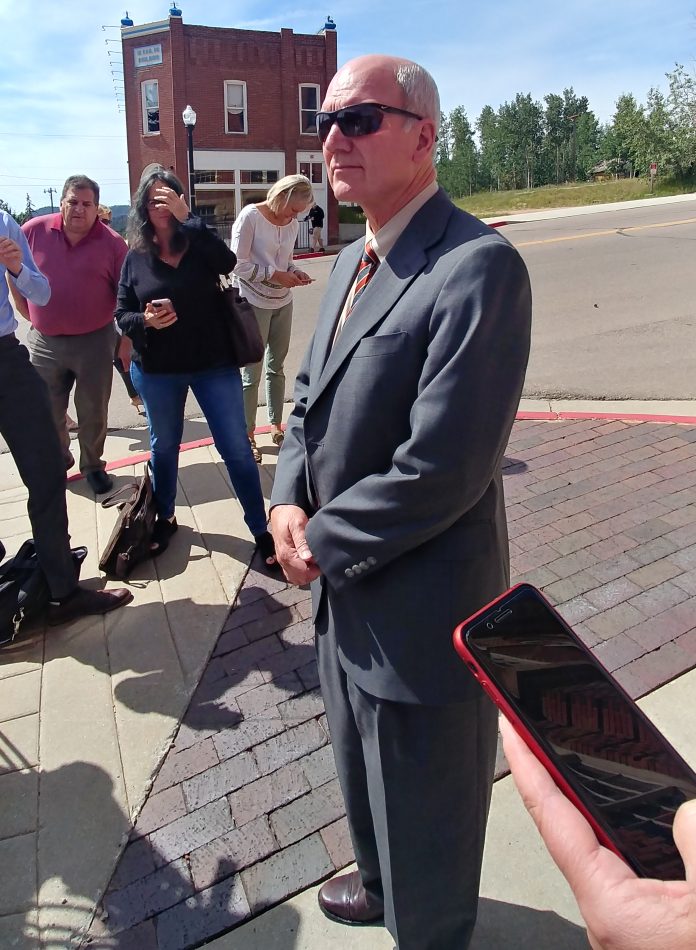 Fourth Judicial District Attorney Dan May outlines specifics regarding his office’s decision to not seek the death penalty in the murder trial of Patrick Frazee of Florissant, during a hearing last week in Cripple Creek. Frazee is accused of brutally beating his girlfriend and former fiancé, Kelsey Berreth, to death, in a case that grabbed national attention. Photo by Trevor Phipps