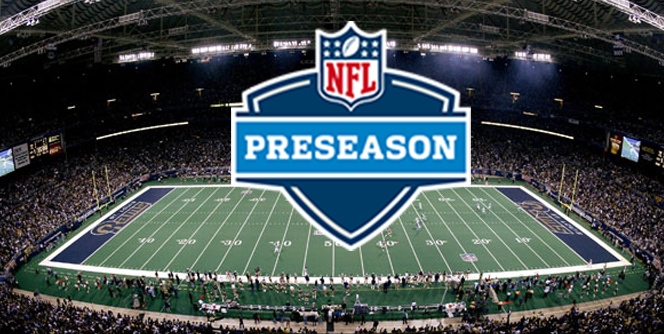 The long exasperating preseason for the Denver Broncos is nearing an end.

Counting the Hall of Fame Game, the Broncos will have played five pointless games. Pointless as far as standings and the quest for the Super Bowl, but what preseason really is, is a chance for the coaching staff to evaluate the new draft picks, free agents, and even last year’s players.

But why 5 preseason games? Why even 4 preseason games? The possibility, even likelihood, that someone is going to get hurt playing for nothing is real, and the Broncos have not escaped that problem.

The Broncos have sidelined 23 players since practice began. Some have returned to active status, but some important pieces of the team will be missing at least part of the regular season. Among those players questionable to play in the all-important first game against division rival, Oakland Raiders are; Right Guard Ron Leary, Inside Linebacker Todd Davis, and Tight End Jeff Heuerman. The best fullback in the league, Andy Janovich is officially out for the Raiders game and will likely miss at least four regular season games.

Other notable injuries include rookies, Drew Lock (thumb), Noah Fant (ankle), Malik Reed (hamstring). So, with all these guys suffering preseason injury, why does the NFL continue to have 4 preseason games? MONEY! The NFL is a business. Big business. According to the Chicago Tribune, last year the NFL raked in $15-billion. That’s billion.

From overpriced merchandise to ticket sales, the NFL is always looking for ways to make more money. Hence, four preseason games. And the 400 pound gorilla of money makers? Television revenue.

Football fans on the East Coast have constantly complained about the night games starting at 8:30 p.m. eastern time. Rightly so, considering the average NFL fan is a working stiff who has to get up early on Monday morning, Tuesday morning, and Friday morning to go to work so he/she can afford to buy a personalized game jersey at $100 a pop.

those TV commercials that the NFL rakes in hundreds of thousands of dollars. According to Variety.com, a 30-second spot in NBC’s Sunday night franchise costs an average of $650,000, a 30-second ad berth costs an average of $529,989 for CBS’ and NBC’s Thursday-night football games. ESPN’s net advertising revenue for airing all its NFL games will hit $2.3 billion this year and $2.5 billion in 2020.

What is all this leading to?

Debate Over an Extended Season

The NFL is now in talks with the National Football League Players Association (NFLPA) to extend the NFL season to 18 games. (AKA more TV revenue). Representatives from the NFLPA are having none of it. The NFLPA shot down an idea from NFL owners in June, which would expand the season from 16 to 18 games. The owners reportedly suggested capping players’ participation at 16 games to help mitigate concerns a longer season would increase injuries.

NFLPA Executive Director DeMaurice Smith, feels that proposal still doesn’t do enough to protect the players. “I look at preseason games as our guys being exposed to injury before the work begins,” Smith said. “In 2018, we had 79 preseason concussions before the work began. Instead of looking at all of this as a bridge to 18 games, why don’t we look at it in isolation of how do we decrease injuries.”

But four games of preseason action? That’s just two weeks of sloppy, miscue- and penalty-plagued football too many.

This preseason many of the league’s starting players either didn’t dress at all, or merely log a dozen snaps or fewer.

Last week field conditions at Winnipeg’s IG Field were so poor that 33 Green Bay Packers were held out of the game against the Raiders, and the playing field was reduced to 80 yards and kickoffs were eliminated. The Raiders left 24 players home rather than take them to the same game.

Former players, who understand that preseason play can make or break a career, are saying it. Pro scouts even say they’re gaining very little from attending preseason matchups.

It’s time to limit preseason games to two and get on with real football. Whether the NFLPA has the power to diminish the NFL’s quest for dollars is anybody’s guess, but players going on strike over this is not out of the question.–