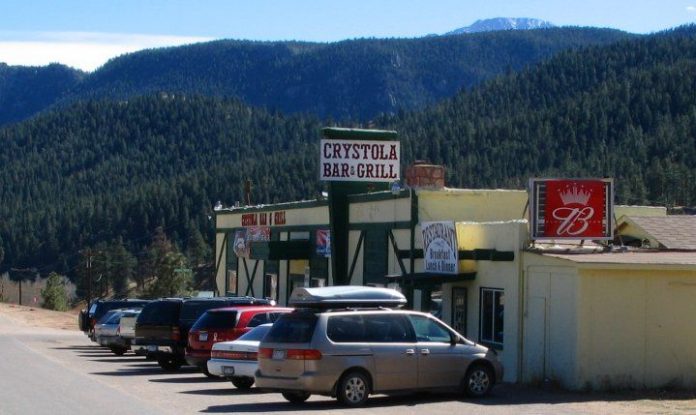 The town of Green Mountain Falls is desperately seeking volunteers to help with road repairs, maintenance assistance, culvert clean-ups and any help at city hall.

Once again, the subject of rough road conditions for the Ute Pass mountain community reared its ugly head last week, with a veteran resident and former elected leader pleading for assistance, even if GMF has to fork out considerably more dollars. In addition, town leaders are mulling ways to improve road maintenance service, including contracting out more work, and hiring an outside manager.

Currently, the town is very short-staffed in grappling with their continual road woes, only operating with a sole part-time employee.

Mayor Jane Newberry last week briefly outlined several ideas for sprucing up and reorganizing their public works activities. Among the ideas presented included looking for outside contractors and even asking for local volunteers.

On the upside, the town has not had to confront any major disaster this summer. But this has not stopped the cries of angst regarding the current state of gravel roadways in GMF, a subject of concern for nearly five years.

During last week’s meeting, former trustee Mac Pitrone expressed big concerns over the deteriorating state of the roads, along with several other issues.

Later in the meeting, Newberry even made a pitch for volunteer assistance, saying locals could be used to assist the public works agency during these trying times. She said she has herself helped out in cleaning up culverts.

Pitrone asked that the road issue be placed on the next meeting as a regular agenda item. One problem Pitrone cited was getting maintenance personnel who knew how to operate the equipment.

He also raised a few related issues, such as GMF getting a town manager who was more involved with the community’s problems and didn’t spend so much time in town hall.

On that front, Pitrone and other residents received some good news. Newberry confirmed last week that the fourth official finalist for the town manager job, Angie Sprang, who hails from the Carbondale, Colorado area, has accepted the position. She is expected to start her new role no later than late August. “She is very excited to be here,” said Newberry.

Sprang has served as the policy and management analyst for Carbondale, located in the Roaring Fork area. She also sported a variety of other positions with Carbondale and in the private sector, especially in the oil and gas industry. Sprang appeared at a meet and greet open forum on July 30, and then had a closed-door interview with the trustees.

Even with a wet summer, Newberry had several words of caution to local residents:  Don’t let your guard down and don’t fall in love with your trees.

“We have a very thick forest and it is not a healthy forest,” said the mayor, who described an abundance of dead trees and excessive vegetation. “We need to be proactive.”

Otherwise, the mayor sees the town facing a probable disaster in the future, almost rivaling what has occurred in the past in California. With the current state of the forest, conditions could be ripe for a devastating blaze.

Several residents asked if the town could take a sterner approach in dealing with property owners to rid their land of over-vegetation and especially dead trees.

The mayor conceded the town does have an ordinance on the books, requiring property owners to deal with diseased trees, but doesn’t have the manpower to enforce these rules. “We have tried the soft approach,” said the mayor.

The town hopes to partner with the state and federal forest service and agencies in developing a comprehensive approach, including the awarding of grants to landowners who remove diseased trees and clean up their properties.

These issues and more will be the focus of a town potluck gathering, tentatively scheduled for Sept. 14, at the Sally Bush center.

At this session, the mayor hopes to introduce the town’s staff, including its new town manager, and address some of the more challenging issues, like roads and public works, and provide an update on better ways to deal with the growing fire dangers. Newberry believes this will provide a good informal forum for both citizens and the staff. More details will be announced in the near future.