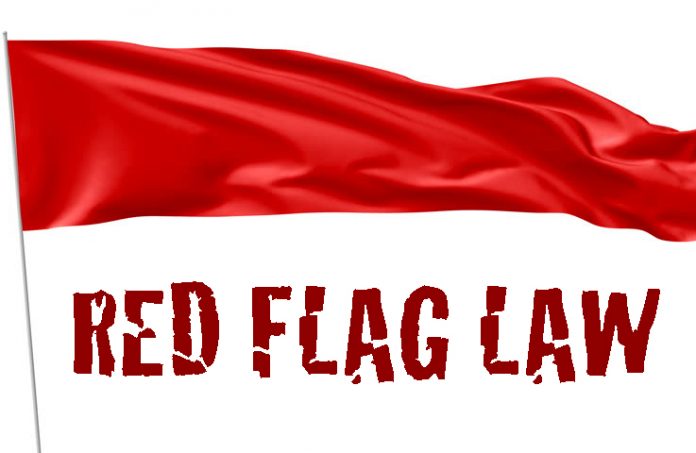 Controversial Weapon Restriction Measure Could Become Law of the Land

But with the recent rash of deadly shootings to grip the nation, Teller leaders now may have to aim their political weapons at popular allies, including the GOP-controlled U.S. Senate and President Donald Trump.

The “Red Flag” law, which is designed to take guns away from those deemed to pose a danger to themselves and others, is making a big rebound across the country and receiving praise even from pro-gun and hawkish national figures, such as Republican Senator Lindsey Graham of South Carolina. “State red flag laws will provide the tools for law enforcement to do something about many of these situations before it’s too late,” said Graham, chairman of the Senate Judiciary Committee, in press reports last week.

Graham and Richard Blumenthal, a Democrat senator of Connecticut, have mulled a bipartisan proposal that mirrors the red flag law implemented in Colorado. Besides Colorado, red flag laws have been adopted in at least 16 other states and the District of Columbia Their plan even would offer a federal grant program to encourage states to take this action.

Graham is considered a strong ally of Trump and is known for repeatedly fighting the Democrats on a variety of issues, including the Moller report.  That was until the recent spate of deadly shootings.

It’s not certain how this will impact the local area. But to date, red flag legislation has stirred much local outrage. Sheriff Jason Mikesell even once stated that he would go to jail to protect the constitutional rights of citizens, including their rights to bear arms.

The Teller County commissioners approved a strongly-worded resolution opposing the state’s red flag law and recertifying the Second Amendment rights of citizens. Their measure stopped short of turning the area into a Second Amendment sanctuary, meaning that the county would refuse to enforce red flag orders issued by the court.

Instead, the sheriff’s office has opted for a cautionary case by case scenario in handling these orders.  Officials have hinted that the red flag law could be determined by a state-wide lawsuit.

Teller County wasn’t alone in this battle, with most rural areas declaring a “over my dead body” attitude in enforcing red flag law legislation.

That staunch anti-gun restriction stand may now be under national fire, with more questions than answers.

Will the fight against the red flag law now be headed to Washington D.C., with local leaders having to aim their weapons at figures they previously supported? Or, have the bullets been removed from Teller’s staunch anti-red flag law campaign altogether?

These questions will be answered in the next few weeks.

The mass shootings that occurred in Texas and Ohio, resulting in 31 deaths, have altered the political chips slightly regarding this hotbed issue. Pressure is being applied on the National Rifle Association and congressional leaders and the president for some type of gun-control national legislation.

But it’s too early to tell of the specific impacts. The political cards often are quite volatile in the arena of gun control.

During an earlier devastating school shooting in Florida, Trump indicated he may be willing to challenge the NRA, but quickly retreated.

Teller County sports one of the highest gun ownership rates in the nation on a per capita basis, and is clearly regarded as Gun Country, USA. Recent plans are underway to open up more designated shooting areas on public lands, and to even allow a gun club to use a Cripple Creek Police Department range. Attempts to impose gun restrictions have gotten a cold response and backfired for some state leaders, leading to recalls.

However, many wonder if the changing national political environment is now too much of an obstacle, even in Gun Country, USA.