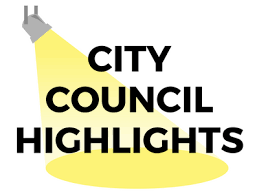 In a stunning reversal, the WP City Council has delayed indefinitely a proposed law that would have stripped the Downtown Development Authority (DDA) of their design review committee and would allow for ground-floor residential units on the future development of Woodland Station.

According to some insiders, this was touted as the “anti-DDA law,” and may have forced a tug of war battle between the DDA and the city.

Discussion of a scheduled joint work session regarding ordinance 1348 came to an abrupt halt last week when Mayor Neil Levy suggested the ordinance be tabled until the city and the DDA hash out details in the Woodland Station disposition agreement. Levy said, “My approach would be that we put 1348 on the back burner, and we just table that at least until we have a disposition agreement with the DDA.”

After some discussion, the council agreed with the mayor’s suggestion.

At the June 26 city council meeting, the ordinance was read on initial posting and was defeated by a vote of 4-3. This was a development that sent shock waves throughout the community, as initial postings are almost always a done deal carried onto the public hearing stage. But on a subsequent vote, the council voted 4-3 to send the ordinance to the planning commission for input and recommendations.

The planning commission was in no hurry to recommend changes to the ordinance. After one meeting the commission made it clear any recommendations would not be forthcoming without a thorough analysis. Planning Commission Chairman Jon DeVaux said he didn’t care if this took months and several more work sessions to iron out the details. He said, “We want to get this right.”

Levy also dispelled the rumors that a cabal of city council members and the mayor conspired to punish the DDA with the introduction of ordinance 1348. Levy said, “This did not come forth through the council or anybody up here except for me. And it is something the mayor is allowed to do.”

After the meeting, DDA Chairperson Merry Jo Larsen said, “I think this is what they should have done. It died at the last council meeting and they just can’t let it go. It’s just a control thing. I am happy the mayor took the initiative to do that.”

During public hearings last week, the council approved a request by Jeff Esterline of Shining Mountain Golf Course to allow a disc golf special event that will include music until 11p.m. on August 16-17. Shining Mountain has become one of the leading hubs of disc golf action in the state.

A request by Kim Packham of the Ute Pass Saddle Club was also granted to allow camping for the Woodland Park Gem and Mineral show, August 12-19.

Ordinances 1349-50, which called for the rezoning of the property from suburban residential to community commercial, was also passed after more than an hour –plus of presentation by the city and the applicant, Contractors and Construction Services.  The rezoning will allow for wholesale distribution and warehouse storage at a property located on the corner of Bowman and Coraline.

The property had once been the maintenance yard for Colorado Department of Transportation.

Council deliberated on the rezoning and some expressed concerns over the lack of a second entry to the property and the applicant not having a hazardous material plan. Only two citizens spoke during the public comment portion of the meeting, and both were in favor of the rezoning.

Leclercq hopes the changes will be completed by December of this year, so council can vote on them by January of next year.