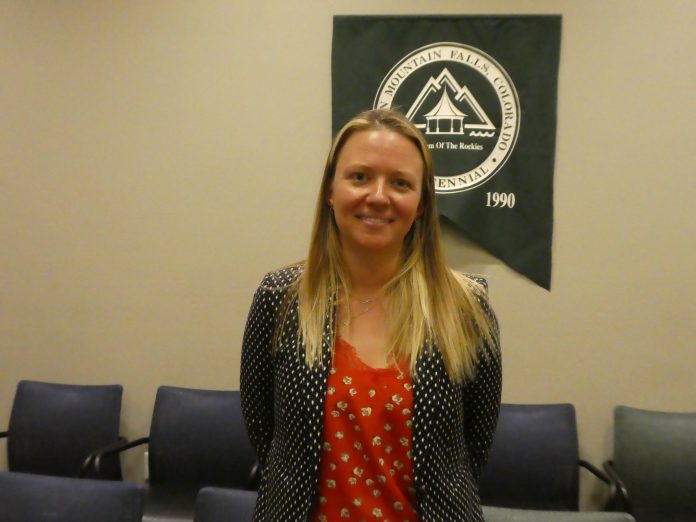 ~ Photo and caption by Rick Langenberg ~
Angie Sprang, the current policy and management analyst for the community of Carbondale, Colo., will become the new town manager of Green Mountain Falls. Sprang conducted an all-day tour of the area and met with a handful of residents during a meet and greet session last Tuesday. She also had a closed-door interview with the GMF Board of Trustees that evening. Angie Sprang was the fourth finalist for the town manager position to appear before residents and GMF leaders since an official search began last spring. Apparently, the fourth time was the charm for town leaders, as Mayor Jane Newberry stated in an email Monday morning that Sprang has accepted the position. The new town manager is slated to begin her duties in GMF around Aug. 27.