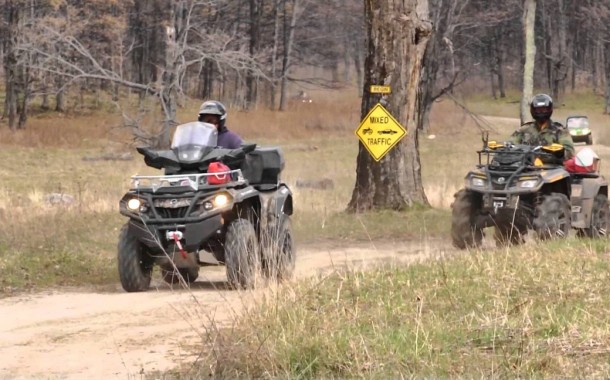 A group of local motorcycle enthusiasts are crying foul over what appears to be a “dirt biker booby trap” on a trail located in the U.S. National Forest property off Rampart Range Road near Dakan Road.

The obstacle, reportedly part of an ensuring trails war, could seriously injure riders

While on the trail, users found a metal wire that had been strung across two trees, which they believed was meant to cause a motorcycle rider or all-terrain vehicles (ATV) to have a dangerous wreck. 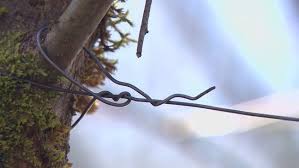 As soon as the group found the wire, they dismantled the trap and immediately alerted authorities. They also went to local off-road enthusiast social media pages and blogs to alert the rest of the dirt bike and ATV community of the possible dangers present on mountain trails.

According to Scott Jones, the Vice President of the Colorado Off Highway Vehicle Coalition, this incident is not an isolated one and that people often set traps on mountain trails that are meant to defer off-road riders in the worst kind of way.

“That could really injure somebody who is using the trail legally,” Jones said. “It appeared to be in an area where visibility is pretty limited.”

Jones also said that these motorized vehicle booby traps come in all sorts of different shapes and sizes. “A wire… to a hole that’s been disguised… to broken glass or nails. Somebody’s homemade version of stop sticks,” the vice president of the off-road coalition said.

These types of dangerous traps are not new to the Rampart Range area. In 2014, it made the news when several motorcycle traps were found near Rampart Range Road. During this particular incident, dirt bikers found a homemade spike strip buried in the ground on a trail.

According to several experts on the situation, the setting of traps is caused by a long-time rivalry between people who traverse the mountains using motorized vehicles and those who hike or enjoy the trails in another way. Since 2005, several Forest Service trails have been closed to use by all motorized vehicles.

Many of those trail closures came as a result of multiple lawsuits filed against the U.S. Forest Service having to do with trail usage. Organizations like The Wilderness Society have been the driving force to some of these lawsuits. “You might have hikers that want a quiet afternoon of hiking and don’t want to be run down by motor vehicle use,” said Scott Miller, the regional director for The Wilderness Society.

However, the regional director does not agree with traps being set to deter off-road motorists and he believes that the two types of mountain adventurers can co-exist. Miller then said that he thought that lawsuits are sometimes necessary if the Forest Service does not follow the law in determining where off-road vehicles are appropriate.