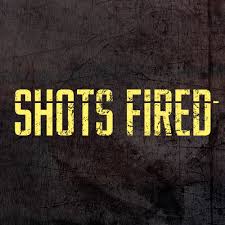 Normally most locals will say that Green Mountain Falls is a quiet town. However, early on Sunday morning July 28th the quiet in the mountain town was interrupted by a large amount of gunfire.

A bartender at the Local Blue Moose tavern said that he heard 15 to 20 gunshots erupt around a house that was located just a block away from the local saloon. He said that shortly later the town turn into chaos.

According to investigators, it all started at a house party at what is thought to be a vacation rental house located in downtown Green Mountain Falls near the city lake. The bartender said that around 10 p.m. that Saturday night before more than a dozen cars entered the town and several teenagers were seen wandering the streets.

During the teenage house party, authorities say that a fight between two groups of people inside the house started. One of the groups then left the party only to come back. When the group came back they were armed with weapons and began shooting the outside of the house.

The police said that then, someone inside or near the house started shooting back at the people who shot in the first place. The Green Mountain Falls Marshal was the first to arrive at the scene quickly followed by the El Paso County Sheriff’s Office who played a major role in the investigation of the incident.

The deputies arriving at the scene witnessed several vehicles speeding away from the scene of the shooting. The officials said that cars pealed out and bumped into each other in order to leave the house where the shooting had just taken place. They said that some of the cars even sped away without headlights on.

According to the deputies who arrived on the scene, nobody was hit with a bullet and only the house and surrounding buildings were struck by gunfire. There were no injuries reported and nobody was taken to the hospital.

So far there has been no arrests related to the incident. No further information has currently been released because the shooting is still under investigation.