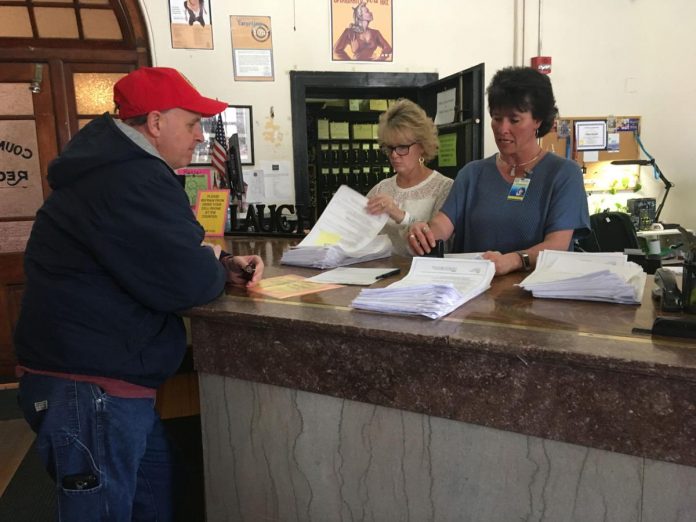 The prospects for a forthcoming recall election for the Cripple Creek/Victor RE-1 School District this summer are getting dim.

Unless a decision is reached soon by the Colorado Supreme Court, the election, which will determine the at-large seat of Board President Tim Braun, will most likely be delayed until the general election in November.

But even if that occurs, a separate recall issue ballot will be printed.

Originally, the Teller County Clerk and Recorder’s Office was shooting for a late July election. However, that schedule hit a roadblock when Braun filed a request with the Colorado Supreme Court for a review of the previous District Court ruling that denied the appeal of the targeted board members.

The high court has to decide whether to take the case, and their bar for accepting cases like this are pretty high.

Nevertheless, Braun maintains that the outcome could determine the fate of future recall efforts. He is asking for an interpretation of the recall state law itself, and whether if a petition, ruled insufficient initially, has to be withdrawn.  The recall group, which attempted to oust Braun, Dennis Jones and Tonya Martin, fell short during their first try last April. According to the clerk’s office, they were permitted a cure period, and merely added signatures onto their original recall petition. On the second try, they easily passed the test. Braun asserts they should have been forced to start over, and is questioning several words listed in the law and the measure’s original intent.

Moreover, he contends that the same rules weren’t in play for the recall group leaders and the targeted board members. This case has already gone before a hearing officer and the District Court, with the findings of the clerk and recorder’s office being confirmed every time.

The saga, though, has already resulted in the resignation of Martin and Jones. As a result, the recall election will just deal with Braun, a high profile leader of the board for many years.

According to clerk officials, their office has heard no word whatsoever from the Colorado Supreme Court. Supreme Court officials originally indicated they would make a prompt decision, in lieu of the district’s election calendar.

But the Supreme Court has never won any contests for speedy decisions.