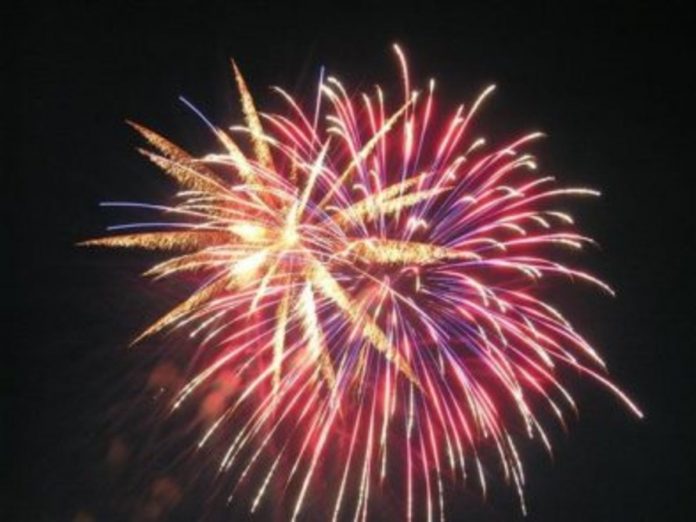 The pyrotechnical explosions associated with July 4th and Independence Day celebrations ignited inside city hall last week, with the prompt termination of the veteran marketing chief and the department’s prime assistant.

City officials and elected leaders are mostly mum about the firing of marketing director Steve Kitzman, who has held this position for nearly five years, and embarked on efforts to make the town more of a tourist destination. In addition, the agency’s marketing and special events coordinator, Kelly Branyik, received her walking papers.

The main catalyst behind the move was the reported debacle over the delays associated with the city’s July 4th celebration. A technical glitz occurred with informing the company supplying the fireworks, resulting in a postponement until July 6.

In an 11 hour email, Branyik on early July 4, stated, “I am sorry to bring this to you at a short notice. We had to postpone the fireworks show this evening. I ordered the fireworks for July 6th originally, but the show was changed to the 4th of July. I failed to notify Zambelli (the company supplying the fireworks) of the change in dates. I am accepting full responsibility for this mistake and sincerely apologize to everyone for my dropping the ball on this. We are still planning to have music, beer, and food down behind the Brass Ass. If this changes, you will be notified.”

Unfortunately, the city had already spearheaded major promotions in print and television, boasting of the July 4th show. And many visitors came to town, expecting to see fireworks that evening.

Signs were posted at local casinos, telling visitors of the change. Employees of the casinos and at local restaurants informed folks that a delay had occurred due to a glitz in the delivery of the fireworks.

The fireworks show on July 6th was impressive and generated a good turnout, but the collective damage was brutal for city leaders. TMJ News, Facebook outlets and the council got bombarded with complaints by residents.

Conducting the show on the actual Independence Day is a sore spot with the city. The town attempted an alternative weekend date several years ago to accommodate its larger visitor traffic, but this change received a cold greeting by civic leaders and non-gaming business operators.

Cripple Creek City Administrator Mark Campbell declined to comment on the recent firings of the marketing department officials, saying it was a personnel matter. But he conceded that the July 4th debacle played a big role in the ultimate decision.

In the meantime, the town’s marketing activities will be jointly handled by Campbell and City Clerk Janell Sciacca. “We are pretty well set with the events we have in place,” said the city administrator.

Campbell stated that the future direction of the city’s marketing efforts will be discussed at length at a future meeting. He also hinted that the city may soon name an interim director. Currently, all marketing questions and inquiries should be made by calling the city’s main number: 719-689-2502.

The whole scenario has prompted many comments and opinions, but with one overriding conclusion. July 4th festivities need to occur on Independence Day. This year was exceptionally important, as the city was not able to do fireworks shows for at least two years on the Fourth due to fire bans. Plus, this year the city had a wide open market, as many communities in Colorado, such as Manitou Springs, Canon City and the ski resort towns, cancelled their shows because of safety concerns and fiscal limitations. In a full page print advertisement in TMJ News, the city boasted that its July 4th show may be regarded as the “biggest, longest, the best fireworks in the region (and maybe the world).”

“This was not real good public relations for the city,” said one elected leader, in describing the delay.

Apparently, the recent controversy over the timing of the July 4th celebration occurred several months ago, when Kitzman had posters printed, showcasing a Saturday, July 6 celebration. The council nixed this idea, and opted for a more traditional-timed celebration on the actual holiday, instead of waiting until the weekend. For some reason, the word of the desired change didn’t get to the company supplying the fireworks.

The latest development, though, has resulted in more political sparks for an agency that has experienced more turnover in directors than any other city department. Kitzman’s exit marks nearly the 10th marketing chief of Cripple Creek, who has received the axe or been shown the door, since gaming began.

Cripple Creek  marketing has always become a lightning rod issue in the community, with a variety of opinions regarding events, promotional techniques and ways to enhance the town’s image. And unlike other towns, the city really doesn’t have a chamber of commerce, so it relies heavily on the city government for promoting and organizing events and publicizing the city’s happenings. The casinos do much marketing themselves, but with a slightly different focus.

For some reason, marketing and special events is a department that continues to get targeted by city leaders, casino operators and business folks.

Kitzman had his fans, and received much adulation last year by Jim Wear, the promoter for the Salute to American Veterans Rally. Kitzman’s initial campaign, which tried to expand on some of the promotional techniques used in Deadwood, South Dakota, was well received.

But in recent months, more reports grew of tension between the marketing chief and city officials. He came under fire at a recent council meeting by members of the Victorian Society, who complained about the lack of follow-through with their historic tours. Other complaints surfaced about certain aspects of the promotions for Donkey Derby Days. “This had been coming for quite a while,” said one former council member.

But the big question remains with the latest furor:  What will happen to the future of marketing in Cripple Creek?