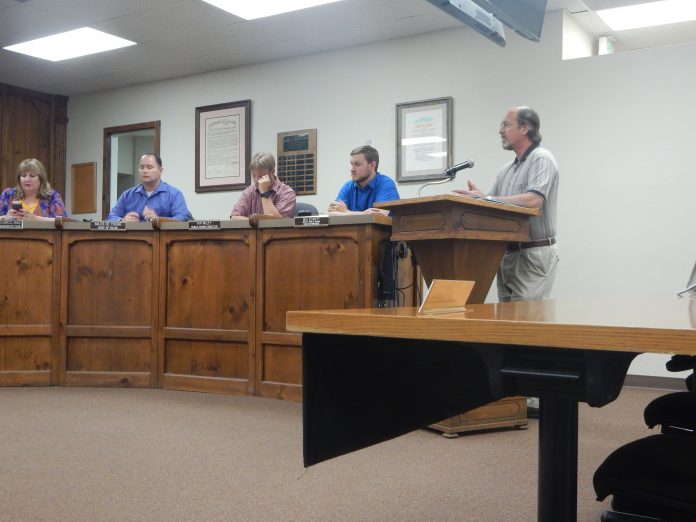 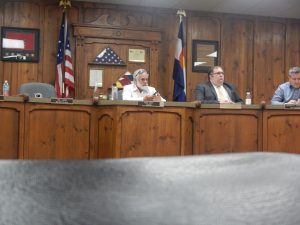 Sparks ignited at last week’s Woodland Park City Council meeting over the recent shutting down of water to residents at the Woodland Village trailer park, with some citizens up in arms.

During the public comment portion of last week’s meeting, several citizens expressed anger at the city’s handling of water being shut off to residents in the Woodland Village trailer park near Walmart.

The first resident to speak on this was irate that the city allowed those residents to go without water. She scolded the city for not returning calls, and said she felt the city considered the callers, “pests.” She further asserted that an illegal meeting took place between the owner of the trailer park, Pete LaBarre and city leaders.

She then claimed the water at the trailer park was polluted.

City Manager Darrin Tangeman responded. He said that a meeting did take place, but did not consist of a quorum, and was, therefore, legal. Tangeman went on to apologize for not returning some of the
calls they received regarding the matter and that the city did take the issue seriously and did everything in their power to see that the problem was addressed. He said, “We do take that seriously. We invited
Mr. LaBarre in to discuss the issue, because we wanted to get to the bottom of it and get a timeline on the resolution.” He went on, “We published the results of that meeting that day on social media and we
continue to stay in contact with him every day.”

City Attorney Jason Meyers explained the city is limited in the kind of response they can make in matters of a person’s private property rights and that it is the responsibility of the property owner to
address those issues.

Public Works Director Kip Wiley further elaborated on the situation. According to Wiley, the city met on site with LaBarre, who was in the process of examining the water system to find the leak that led to the water shutdown. Wiley said the owner did find a 1.8 gallon per minute leak in the system, but the majority of the water usage was at one of the residences. He concluded that the water is now turned on to all the units in the park. He also said the water is not polluted, but requested a water quality test from the property owner.

Councilperson Noel Sawyer recalled a similar incident where excessive water usage was tracked to a resident (not at the trailer park) who left the water in the tub running because her cat liked it.

Another citizen asked council how such an incident could be prevented in the future. Once again, Tangeman and Meyers noted that the city has little control over a private property owner’s dealings with their property unless it violates existing codes. In the case of the trailer park, the park is grandfathered into the codes that were in place when the park was constructed.

The next issue that drew some ire was an ordinance on initial posting proposing to amend the municipal code regarding the Woodland Station Overlay District. The ordinance would eliminate language in the
overlay that requires developers to submit plans to develop Woodland Station to the DDA for a design review, and instead, would send plans to the city planning department.

The council was divided on this ordinance. Some council members considered the ordinance an attack on the DDA, while others want to streamline the development of Woodland Station by sending the design and review to the planning commission.

Oddly enough, the vote to approve the ordinance on initial posting was defeated by a vote of 4-3. Sawyer, Mayor Pro Tem Carr, Councilperson Hillary LaBarre, and Paul Saunier all voted to kill the ordinance.

In an even odder occurrence, the council then approved a motion 4-3 to send the ordinance to the planning commission for review and more information. Sawyer relented to the majority in this vote.

In other council news, the new City Finance Director/Treasurer Emily Katsimpalis was sworn in. Katsimpalis comes to the city work force from Salida. She also was a recent finalist for the town manager job in Green Mountain Falls, but opted not to take the position.

Tangeman introduced several interns who have been working with city staff. These interns are all veterans who came to the city through a veteran program Tangeman has instituted to get vets involved in government.

Pikes Peak Area Council of Governments (PPACG) spokesperson Brian Potts addressed council on that organization’s ongoing efforts to coordinate with the city and Teller County. Potts also asked the council
to send a representative to the committee on the PPACG. Councilperson
Carrol Harvey volunteered to be that representative.