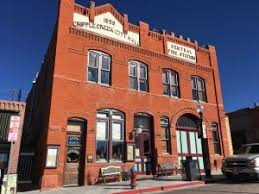 And last week, the Cripple Creek city council held a special work session before their regularly scheduled meeting to enlighten the public and city staff on key takeaways from the conference, including new insights on grappling with the community’s housing woes.

The conference held every year is designed for municipal officials and local elected officials. It gives them a chance to network with leaders from other cities and towns in Colorado. During the event, different types of classes are held with the intent of helping leaders and city staff to develop their skills.

During this year’s conference, Councilman Tom Litherland said he had a chance to talk with leaders from other smaller towns in Colorado. “The one thing that kept coming up was that we all have the same problems. Everyone of us has aging infrastructure and all of us have housing problems,” Litherland said. “It was unbelievable that every one of the small towns has the exact same problems we have.”

Council member Meghan Rozell appreciated the chance to learn from other city leaders in the state. “I think the takeaway from this year and last year was networking,”

Rozell said during the council work session, “I think the biggest takeaway the conference has to offer is the ability to network with other city managers and staff members. This year I was able to network with several mayors.”

Mayor Bruce Brown spent his time at the conference learning about ways other cities have brought in developers to build housing. He said that many other cities attract developers by offering them city-owned land to build on.

Council member Melissa Trenary also researched how other cities solved their housing problems. Trenary gave a presentation during the work session. More specifically, she provided pictures of a city housing development in Breckenridge.

Trenary said that the city provided the housing by making living in the house only available to people who work inside the county. The development showed a neighborhood with modest houses built in a Victorian style similar to many houses that already exist in Cripple Creek.

After the presentation, City Administrator Mark Campbell told the council that there are some housing development projects in the works that are similar to the one in Breckenridge. He said that the plans will be introduced to the council within the next month.

During the regularly scheduled council meeting Parks and Recreation Director, Connie Dodrill announced that the city won the Colorado Lottery Starburst Award and it will be presented Friday, July 12 at 9:15 a.m. at Mountain View Adventure Park. The award ceremony will be taking place at the same time as the city’s 5K poker walk/run event.

Teller County Assessor Colt Simmons also made a presentation and informed the council that the county has received a high number of protests regarding the recent value assessments sent to property owners. According to Simmons, the county received nearly 2,000 appeals out of the 28,000 notices of values they sent out.

During the meeting, Cripple Creek Police Dispatch Supervisor Diann Pritchard gave a police communications update. She said that in 2005, the department was only taking 500 calls per month.

Nowadays, Pritchard said that the police department averages over 1,100 calls per month. She also said that they are currently working with the schools to have direct access to the cameras inside the school buildings.