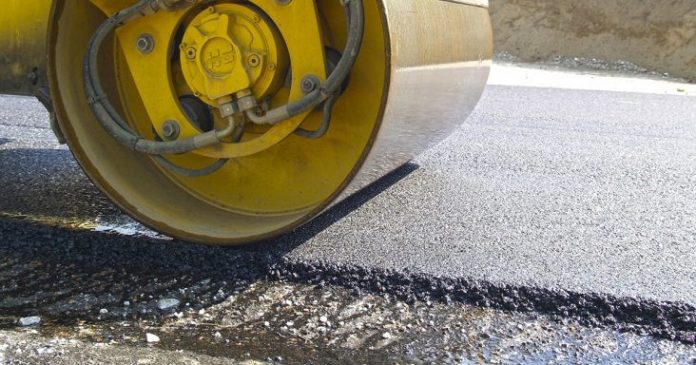 Even if the county gets hit with floods, wildfires, dust storms, rock slides, and other disasters, the road graders will keep on rolling through Teller’s nearly 500 miles of gravel thoroughfares to the hopeful satisfaction of most residents.

In addition, crews will be ready to grapple with resurfacing projects, dust suppression, drainage woes, and regular repairs. Altogether, the county sports close to 600 miles of roads, the vast majority of which consist of tough gravel surfaces.

If you have any doubt about this pending, positive road outcome, then just remember the summer of 2018 as a success model, note county leaders. “We had it all,” said Brad Shaw, the operations supervisor for the Teller County Department of Transportation, during a presentation before the county commissioners last week, in describing how they overcame constant adversity last year by Mother Nature. “It showed that it (the agency’s annual plan) works. We owe a lot to the dedication of the employees we have.” 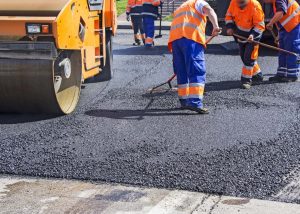 Following a considerable amount of praise for the management team of the Teller County Public Works, the commissioners signed off on the 2019 annual road maintenance and improvement plan. This document outlines the 2019 game plan for gravel road maintenance, hard surface work and prospective improvements for the coming year. In many ways, it parallels past annual plans that basically emphasized nuts and bolts maintenance efforts in a detailed fashion.

Once again, agency representatives stressed the importance of staying consistent and not taking reactionary steps.

Shaw stated that the county is split up it into six main routes, consisting of 70 miles each where grading and ditching work occurs in the spring and early summer.

Then, during their peak season, the road and bridge crews concentrate on surface maintenance for higher-traveled gravel roads, with six main routes comprised of 37 miles each.

Shaw credits the county’s continual road maintenance success on the fact that they adhere to this schedule and don’t deviate from these routes that much. “Graders do not deviate from their route’s cycle unless there is a safety concern or an emergency situation,” said Shaw. “Our goal is to strive for equality throughout the county. Graders will not be pulled from their routes for service requests, as this would not be fair for residents waiting for their roads to be graded on the route.”

Other key aspects of their annual program include dust suppression material applied to any gravel road with 300 or more cars of average daily traffic. Based on current counts, this now equates to 35 miles of roadway and more than 55 roads in the county.

Drainage is also a big component of the annual plan. And for this year, maintenance overlay projects are planned for Teller 112, and Teller 11, covering more than 2.28 miles.

There are no hard surface road improvements planned for this year. However, approximately three miles of gravel resurfacing will occur, based on maintenance needs.

Keep Up the Good Maintenance Work

Shaw faced a fairly receptive audience. The commissioners gave the transportation agency an A-plus rating for their service and track record.

Commissioner Bob Campbell, who served on the board previously, lauded the management and the employees for their work. By comparison, he noted that during his earlier go-around as commissioner, nearly 15-plus years ago, an entirely different scenario existed. He remembered fielding a volume of calls on a daily basis with unhappy residents regarding complaints about poorly maintained roads and erratic service.

At one point, county leaders almost faced a virtual citizen rebellion following one spring storm, when many residents couldn’t get to the main roads for several days. Faced with growing criticism, a former commissioner even told residents that they shouldn’t live in rural Teller period if they didn’t have a four-wheel drive vehicle.

Campbell cited the huge turnaround in service. “I don’t think we could have come up with a better team,” said the commissioner, who especially praised the transportation department for their adaptability. “What a world of difference.”

Similar views were expressed by the other commissioners. Commission Chairman Norm Steen vowed that he wanted to drive on all of the county’s roads, but hasn’t achieved that objective. He cited the huge task of manning this amount of roads with limited staff.

“We may be one of the smallest counties (In size), but we still have 560 miles of roads,” commented Commissioner Marc Dettenrieder. “That is impressive.”

The board unanimously approved the road maintenance and improvement plan for 2019. Their positive remarks characterized a pro-staff attitude displayed at last week’s regular meeting.

The commissioners also lauded the finance office for their work on the 2018 audit, which passed with flying colors, according to officials from RubinBrown LLP. The report showed that the county is in fairly good shape, with an annual fund balance of a little more than $19 million, representing a $2.52 million hike from the previous year. “Overall the county has strengthened its financial position by adhering to budget policies and long-term capital plans, which include maintaining the county’s operating abilities and service levels, fund balances and capital reserves. The county has resumed activity on long-term capital plans that has been placed on hold,” stated the audit.

The commissioners also were complimentary towards a strategic and operational work plan, headed by Planner Dan Williams and other officials. This gave a blueprint for county future activity from now through 2034.