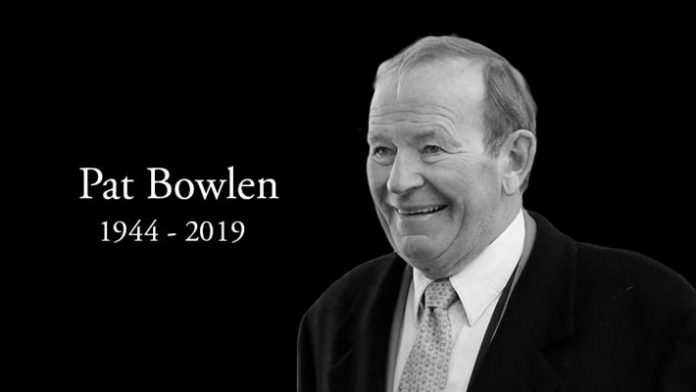 Last Friday, longtime Denver Broncos owner, Pat Bowlen, passed away, after a decade long battle with Alzheimer’s disease. He was 75 years old at the time of his death.

During Bowlen’s tenure as the Bronco’s owner, he led the team from a struggling, feckless team to one of the best overall teams in the National Football League (NFL).

In the decades after he bought the Broncos, in 1984, for $70 million, a record at the time, Bowlen had one of the most successful runs of any team owner in American professional sports. In the first 15 of his
35 years at the helm, the Broncos, who had done far more losing than winning in their first 24 seasons, won seven division titles and five conference titles, and consecutive Super Bowls in 1998 and 1999. The
team won its third NFL title in 2016.

Affectionately referred to as “Mr. B” by many, Bowlen built a culture of winning within the Broncos that resulted in unprecedented sustained success. The Broncos posted as many Super Bowl appearances (7) as losing seasons under Bowlen. No NFL owner during the last 35 seasons had more winning seasons (21) and playoff berths (18) than Bowlen, who helped Denver become the only team with 90+ wins over each of his first three decades of ownership. 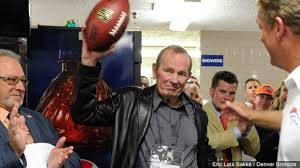 Under his ownership, the Broncos continued to sell out every home game, a streak that began in 1970, even as the team increased the seating capacity in Mile High Stadium by 50 percent

Reaction to Bowlen’s death came quickly. A virtual “who-is-who” of NFL dignitaries, players, coaches, team owners, sports writers, and even the governor of Colorado, expressed their feelings about the man and his accomplishments.

Former Bronco Quarterback, and current General Manager and President of Football Operations, John Elway, said, “I will miss Pat greatly and will always treasure the times we had together. He was a tremendous mentor and a tremendous friend. My heart goes out to Annabel and the
entire Bowlen family.”

Colorado Governor, Jared Polis said,” Sad to hear about the passing of Pat Bowlen. His accomplishments in life were amazing, including bringing three Super Bowl titles to Denver as Broncos owner. His legacy and impact on the state will be remembered for years to come in many ways. My thoughts are with his family & friends.”

NFL Commissioner, Rodger Goodell said, “Pat Bowlen was driven by the will to succeed and his competitive spirit made him a great leader. We all will greatly miss him and his kindness, passion and wisdom. Pat had a deep love for the game of football, the Broncos and the city of Denver.”

To list all of the condolences and praise from the most influential voices in the game would take up this whole issue. Even Bowlen’s most staunch rivals, recognized the greatness of Bowlen’s legacy.

My favorite memory of Pat Bowlen

As a reporter, who was fortunate enough to cover the Broncos for a couple of years, there is one memory that stands out most in my mind about the man.

Back in 1995, I was covering the Broncos for what was then the Mountain Sun paper, (Now TMJ News). 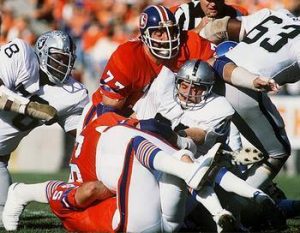 Denver had lost 13 of their past 15 games against the Raiders when they were in Los Angeles from 1988-1994. This is also including the 1993 season finale that saw the Raiders defeat Denver to clinch a
playoff berth, and then go on to trounce Denver the next week in the Wild Card Playoffs.

At halftime, I was upstairs in the press area of Mile High Stadium when Al Davis and Bowlen passed each other in the hallway. Davis was not happy.

The Broncos were leading 14-0. As they passed each other, Davis gave Bowlen the evil eye and scowled at him.

When Bowlen got closer to me, he looked me square in the eye and
flashed me a meek smile and I saw a satisfied gleam in his eyes. In the end, the Broncos shut out the Raiders 27-0 behind the rushing of Terrell Davis and Elway’s arm. The revenge was sweet.

It was a moment I’ll never forget. Rest in peace Mr. B.