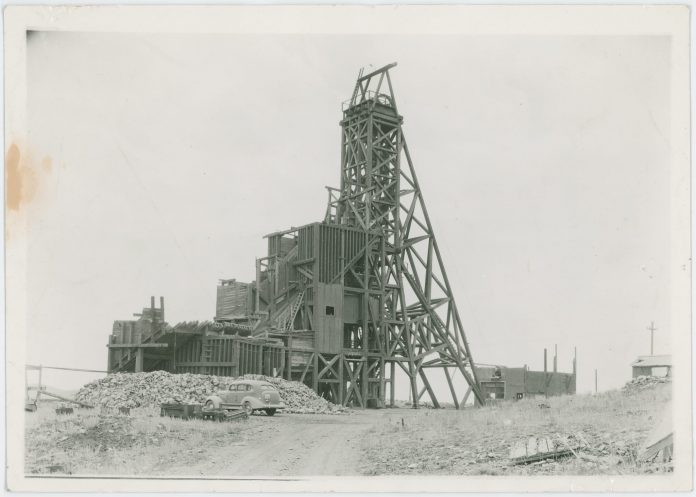 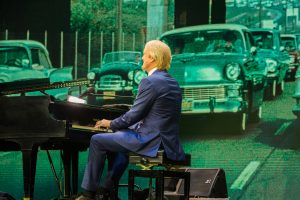 People filled the college’s new auditorium by the masses as more than 3,000 tickets were given away for the live concert. The event started at 7 p.m. but many started filling the campus as soon as the doors were opened for the event at 5:30.

Before the show even started, the large auditorium that seats over 3,000 people was nearly full. By the time the concert started, nearly every seat in the auditorium was occupied.

Prior to the concert, the event, Tesh’s stepson Gib Gerard took the stage and started the night of entertainment. He introduced members of the Charis staff including founder Andrew Wommack. He then introduced a music video by Christian musician Dave Bell and announced that Bell and Tesh would be playing a concert together at 8 a.m. the next day.

The show that commenced at 7 p.m. was entitled “John Tesh Songs and Stories from the Grand Piano.”  As the title suggested, the show was more than just a live music concert. The event featured many stories of Tesh’s life portrayed through home videos, old pictures, as well as song and dance.

Tesh told the story of the song he wrote that ended up getting played as the NBC Sports theme song for basketball coverage. He also told a story of when he saw a figure ice skating team use one of his songs he had written for the Barcelona Olympics in their act. Tesh then played the song, while the figure skaters’ dance routine was displayed on the giant screen behind him. 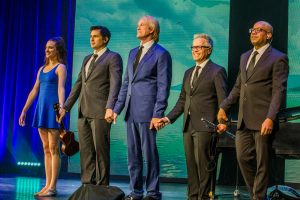 The free concert and night of entertainment was put on for free because Wommack said that Tesh did not want to take any money for the performance,  opting to give back to the bible college. The show was also being taped for a special about John Tesh, and his story of healing for PBS.

The performance was a family event for Tesh as it was hosted by his stepson Gerard. Plus, his daughter Prima Tesh danced on stage during many of the musical numbers. Tesh’s wife Connie Sellecca was also present for a question and answer session after the concert portion of the taping.

During the performance, Tesh explained how he met Wommack and why he first found out about the Charis Bible College. According to Tesh, he was diagnosed with cancer in 2015. While Tesh was ill, a friend of his gave him a book that Wommack had written, which gave him much inspiration and helped him overcome his illness.