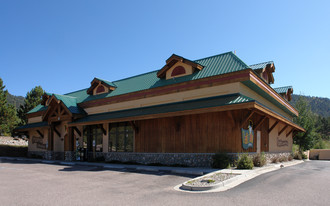 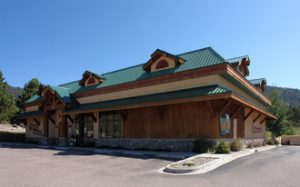 Details are still sketchy and could range from future grants and incentive-like reimbursements to a network of information and regular dialogue with business owners/operators and future buyers.

But in any case, it marks a new direction for the DDA, which has mainly focused on new projects and expansion development activity. “It goes back to our original foundation plan,” said DDA Treasurer Tanner Coy, at last week’s monthly DDA meeting. He cited TIF (tax increment financing) reimbursements as possible action to correct problems with certain properties. For example, if seller/business owner dropped their prices slightly, then possibly the property could become eligible for a TIF incentive deal, under one possible arrangement. Or a property could be eligible for a grant for a future buyer, or for the current owner.

In fact, the idea of taking action to prevent vacant properties from becoming blighted and fixing problem business areas generated much support among the board. The group is currently compiling a list of properties at risk. Last week, they identified a few problem-related vacant properties and even parking areas.

But the board members have different views over what specific steps to take. However, they support the concept of addressing blighted and problem areas downtown. Board members are worried about the sight of vacant and untidy buildings and even parts of town that need obvious work, whether it involves private investment or not to correct the situation.

“That invites vandalism,” said DDA board member Jan Wilson, when discussing the problems with unattended vacant properties. Chairperson Merry Jo Larsen also lauded the idea as a way of benefitting members of the district.

Board member Jerry Good suggested more basic steps, such as putting “boots on the ground” and talking more with business operators/owners where problems exist with their properties, or where improvements can be made. “It would be like a pat on the back,” said Good. “Let’s try to work something out. We would not just give them the money.”

At the outset, he cited the importance of opening up dialogue with current business operators in the district where obvious work is needed.

Veteran board member Al Born, though, cited restrictions with TIF (tax increment financing) reimbursements, with the owner/operator not getting paid the funds until after taxes monies are collected on the properties in question.

But like most board members, he liked the concept of addressing or preventing blighting properties.

Other ideas mulled dealt with putting together a network of information for business owners regarding how they could improve their properties, or compiling matching grants

The board did not reach any final conclusions, but indicated this subject of business improvements within the DDA district is an area they definitely want to pursue. They agreed with the conclusion of trying to take action to “prevent blight from occurring” and making the downtown more attractive.

Coy and several members discussed a number of minor improvements, such as grass seeding in parts of Woodland Station.  A new program may be implemented with the sheriff’s department, setting the stage for installing picnic benches, courtesy of  work and labor done  by jail inmates. The Woodland Station property and other DDA enhancements may also be eligible for  future work by people completing community service, if the group applies to become part of this program.

Coy reported to the board that a recent meeting occurred regarding Woodland Station’s future among city, DDA and Colorado Department of Transportation representatives and other agencies. Interpretations of this meeting, though, are somewhat different, depending on whom you talk to. Concerns were raised last week that a perception exists that the Woodland Station area can be developed easier than previous reports submitted by the DDA.

But Coy put those ideas to rest. “Nothing has changed,” said the DDA treasurer, when responding to a question by Good regarding a recent report regarding the buildability of Woodland Station. He still cited future infrastructure and CDOT access as significant hurdles to overcome.

The DDA board, though, did discuss putting together a real estate sign, indicating that the property belongs to the DDA and to suggest a phone number or contact information, if anyone is interested in purchasing the site for future development or if they are interested in doing certain events there.

Under their current direction, the Woodland Station property would serve as a possible hub for special events or for even  an open space/park area.

But if a developer wants to pursue specific plans, that option is available under certain conditions. The big catch, though, involves the cost of the infrastructure involved.

New Executive Director Not Off The Table

The board also discussed its future operations, including hiring a future executive director. “An executive director (for the DDA) is not off the table,” said Larsen. But that said, she indicated that the timing for such a position should not occur now. This is the way the DDA operated for years, prior to pulling the plug on this arrangement with the city.

Good stressed the progress the DDA has made in becoming a working board over the last few years. “We pulled our pants up. We have a game plan. We have done pretty good,” he said.

For right now, the board agreed to hire a replacement for Lynn Jones, a part-time DDA administrative employee, who is stepping down in June.

The board also discussed implementing a new Facebook page. The board gave the idea the green light, but opted to have restrictions and keep this as an informational-type page, and not one that would spark divisive debate.