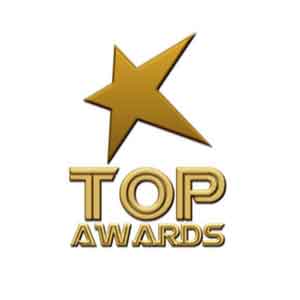 In Teller County’s version of the Academy Awards for top volunteers of the year, 11 civic leaders and non-profit service members and hard workers were honored during a ceremony held last week at the Ute Pass Cultural Center.

This is an annual tradition, called the Teller County Cares Volunteer Service Awards. It honors the many volunteers of the area that play a key role in the operations of many local groups, following a highly competitive nomination and selection process.  In fact, it is estimated that local volunteers invest hundreds of hours into their work with a slew of area organizations on an annual basis. Without their service, it is doubtful that some of these groups could operate as successfully as they do today, according to elected leaders.

Many observers believe local volunteers are the real heroes of Teller County.

Handling the MC honors last week was Teller County Commissioner Marc Dettenrieder, who didn’t hesitate in boasting of the work of local volunteers at the ceremony and during last week’s regular commissioners meeting.

Receiving the highly coveted Les Mellot Award, which honors individuals in the north part of the county, veteran Woodland Park council member Carrol Harvey emerged as the top pick. Harvey, who previously served as the city’s mayor pro tem, and has been involved with many local organizations, also played a key role in the latest review and overhaul of the city charter. She is well known in Woodland Park and Teller County community circles. This award was presented by Planning Director Sally Riley.

The infamous Centennial award, meanwhile, went to Gary Horton of the Cripple Creek and Victor Gold Mine, owned by Newmont. He was lauded for his many community contributions. Making this presentation was Penny Riley.

Other top award winners included Jim and Karen Hathaway, Fred and Pat Gustafson, Rich Ingold, Ralph Rothstein, John Simmons, and Stan and Shannon Conley. They worked with a slew of community groups and nonprofits, including Habitat for Humanity, Community of Caring, Adult DayBreak, the Aspen Mine Center, and various recovery-based organizations, just to  name a few.

The Teller County Cares awards is an annual tradition that attracts many nominations and strong support. It was originally spearheaded by Build A Generation organizations in both the north and southern parts of the county.