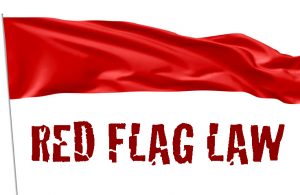 A controversial red flag bill, House Bill 1177, has made its way through the Colorado legislative branches and is currently awaiting the signature from Colorado Governor Jared Polis, who is expected to endorse the measure.

Regardless of the bill’s probable passage, the legislation, which would take away weapons from those deemed as mentally unstable, has brought about a movement by county sheriffs within the state to fight the potential law. This same sentiment is shared by a growing number of Teller residents and leaders, who see the red flag effort as an attack against constitutional rights.

The bill caught state-wide attention months ago when several counties within the state passed resolutions declaring themselves “Second Amendment Sanctuary Counties.” Teller County stepped away from using the term “sanctuary,” but has passed a resolution that heavily opposes the red flag legislation.

Early last week, House Bill 1177 was passed through the state’s House of Representatives after it was amended by the state Senate. This move by the state House put the bill on the governor’s desk awaiting his signature to become state law. The governor has previously said that he would sign the legislation which means the new bill will become a new state law as of Jan. 1, 2020.

The new law would allow a way for the government to take guns away from citizens under certain conditions. If and when HB-1177 is passed, a person’s right to own a firearm can temporarily get revoked if a family member or someone who has lived with them or a law enforcement agent petitions the court and says that the person has mental health conditions. Once such an incident occurs, the person making the complaint has the right to express their reasons for gun confiscation during an extreme risk protection order or ERPO hearing that must take place either on the day of or the next court day of when the action was made.

If a judge finds upon a “preponderance of evidence” that the accuser’s case says that the person in question is at risk of harming themselves or someone else, then the judge can order the person to surrender their firearms to local law enforcement agencies. If the person does not voluntarily give up their guns, then local law enforcement agencies are required to confiscate them for 364 days (approximately one year) before returning them to the accused party.

According to an article written in the Denver Post, a sponsor of the bill, State Rep. Tom Sullivan, a Democrat from Aurora, whose son died in the Aurora theatre shooting in July of 2012, lauded the fact that the state lawmakers had passed the bill and sent it to the governor’s desk.

“Today, the House and the legislature stood up and did the right thing,” Sullivan said, according to a Denver Post report. “One of the reasons I ran for office was so I could tell all of you about my son Alex, who lit up rooms and was beloved, and so I could tell all of you about other victims and families of gun violence. This bill will give law enforcement and families the tools that they need to stop tragedies from constantly happening and save lives.”

However, many other people in the state, including many county sheriffs from rural areas, have spoken up against the new law. One sheriff from Weld County told a national news outlet that he would rather go to jail than enforce the new legislation that was recently passed by both of Colorado’s branches of Congress. 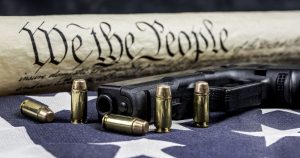 Locally, many residents, business owners, government, and law enforcement officials also oppose the new bill.  According to Jon DeVaux, owner of Alpine Firearms in Woodland Park, he believes that there should be a way to keep people with mental health problems from owning guns, but contends that the new red flag bill is not the solution. “There’s a way to write the red flag law where the sheriffs in this state will enforce it,” the gun store owner said. He says that the current proposed legislation violates a person’s right to due process.

“It’s not a Second Amendment issue, the bill violates the 5th and 14th amendments,” DeVaux said. “They have just gone over the top with what they are doing. And it’s not because we have a Democratic Congress, it’s because we have one party controlling the executive and legislative branches no matter what they are. And they are passing things because there is currently no check and balances within the state government.”

Others believe that the law poses a risk to law enforcement agents. “It is a no-knock warrant,” local real estate agent Dave Martinek said. “Meaning that they can break down your door and somebody can get shot that way. I believe it is a gun confiscation law. If it were a mental health law, why are they taking away their guns? ”

The owner/operator of the Historic Ute Inn, Elijah Murphy, fears that passing a law that violates due process is dangerous. “The way this bill works is that you are guilty until proven innocent,” Murphy said. “It becomes a thing where I’m allowed to error on the side of caution and deny someone their rights.”

He says that the law could set a precedent that allows people to get convicted before they have actually committed a crime.

Some local residents argue too that the new bill is an attempt to make Colorado more like other more liberal states such as California. “Coming from California, I am offended that they are trying to Colorado into California,” Teller County resident Chris Bosman said. “My guns are less likely to hurt my neighbors than Jared Polis.”