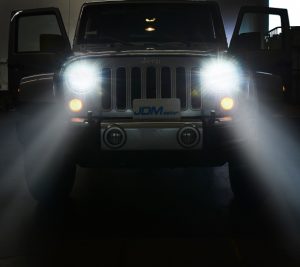 The only item close to a contentious issue occurred when resident Scott Jones addressed council during the agenda’s public comment period. Jones, whose residence abuts the Microtel Inn and Suites property, next to the Country Inn, complained about an incomplete barrier that allows hotel guests’ auto headlights to shine into his home.

According to Jones, Microtel agreed to construct the barrier to keep headlights from shining into
residents’ homes. Microtel did build a fence for that purpose, but left one section out. As a result, that gap shines into Jones’ home. Jones says he has spoken to hotel management, who claim the gap in the fence is to allow for access to the lower portion of their property.

Jones believes the hotel should at least close the gap with a gate, so they can still have access to the lower portion of their property. But unfortunately for the local resident, his pleas have fallen on deaf ears.

Council listened to Jones’ argument and agreed that the hotel should fill the gap, but they didn’t outline a specific solution. According to Planning Director Sally Riley, the original agreement with the hotel stipulated that a barrier be built to shield residential property from headlight shine, but the wording is not clear as to whether there can be a gap in the barrier.

Both Mayor Neil Levy and Mayor Pro Tem Val Carr said they would talk to Mark Rabaut, the owner of the County Inn,  to see if they can convince him to install a gate in the gap to rectify the issue.

Jones also mentioned a storm last year that flooded his property and deposited so much construction debris from the hotel building site that he had to call in heavy equipment to remove the debris. Riley and Public Works Director Kip Wiley explained that was a 100-year storm, and the building site retention pond was not completed in time to prevent it from overflowing. Riley said, “The detention pond had not
yet been tied into the inlet, and so the water went over the curb and went down the hill. It was not controlled on site.”

Councilman Paul Saunier asked if the stormwater management plan was followed properly
during the construction. Riley replied, “This was a 100-year storm. They did the best they could, but the site was not finished so that the inlet was functioning. It was a project under construction that
could not handle the very severe downpour.”

During the presentations, ceremonies and appointments at last week’s meeting, Chris Minard gave an update on the teen center spring break camp. Their goals are to enhance youth activities outside of the
classroom, and create an environment to develop self-esteem and
confidence.

City Manager Darrin Tangeman presented graduation certificates to 22 people who completed the Citizens Academy Program. The program is the brainchild of Tangeman and is designed to educate citizens with hands-on experience in assuming the operations of city government. The
course covers seven primary subjects including: an overview of city operations, exploring public works, city planning, water treatment, wastewater treatment, police operations, and parks. This was the
inaugural graduating class, but Tangeman plans to continue the academy next year. Applications will be available for the next class starting on December 6, 2019.

Shane Cornell gave a presentation on a music festival event to take place on June 1 at the Ute Pass Cultural Center grounds. The festival, called “LO2,” which stands for low oxygen. Cornell stated he hopes this will not be a one-time event and plans on doing this every year. The line-up includes, Slow Iguana Xing (southern rock), Louisiana Lou (blues), local favorite Carrie Dell (cover band), Steve Thomas Band
(rock), and the headliner The Long Run Band, who perform as an Eagles tribute band.

During the public hearings portion of the meeting, council approved a zoning change for a light repair business in the Paradise Estates area. The business repairs portable oxygen generators. Council also
approved a preliminary plat subdivision for the Haven at Paradise.

This is the last plat to be built in the Paradise subdivision and consists of 35.77 acres. Neither of the public hearing issues faced any opposition.