CC&V Manager: Deal Should Not Impact Local Gold Mine 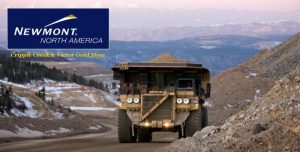 Newmont Mining, the parent company of Cripple Creek & Victor Gold Mine, has agreed to a major deal with rival Barrick Gold, setting the stage for a huge joint venture operation in Nevada and a cost savings of $500 million in the first five years.

In fact, this proposed pact could create the world’s largest gold mining-producing operation in Nevada.

However, the move should not impact CC&V’s operations, including its ambitious pursuits this year for an underground exploratory bid. During a recent presentation before the Cripple Creek City Council, CC&V general manager Mike Schaffner acknowledged that active negotiations were ongoing between Newmont and Barrick, but he didn’t foresee any local changes. “There is not a lot of reason to be concerned,” said Schaffner 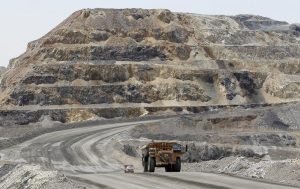 CC&V plans to seek a major investment by Newmont corporate officials of between $200 million to $300 million to pursue a major underground exploratory mission below the Cresson pit, examining 10 to 12 prime targets. The main goal of this operation is to discover higher-grade gold in the district so the Cresson operation can continue beyond its permitted life cycle.

CC&V is also moving full-speed ahead with the next phase of their valley leach facility project.

In his recent presentation, Schaffner quipped about Newmont taking center stage in the business pages of area newspapers and in financial publications. He said Barrick pursued a hostile takeover bid, amounting to nearly $18 billion, which was rejected by Newmont. However, Schaffner indicated the shareholders reacted favorable to the idea of a joint venture for their Nevada operation.

Schaffner told the council that this deal should have little impact on CC&V, which Newmont purchased in 2015 from AngloGold Ashanti of South Africa for $820 million.

With the joint operation, Newmont and Barrick company officials believe they could achieve a considerable amount of cost savings. Last week, Barrick announced plans to formally withdraw its intentions to acquire Newmont, the second largest mining company in the country. It originally had offered a no-premium deal, creating a giant worth of about $40 billion.

But Newmont officials stated that a joint venture would serve both companies’ purposes better.

In an announcement last week,, Barrick Gold agreed. “We listened to our shareholders and agreed with them that this was the best way to realize the enormous potential of the Nevada goldfields; unequaled mineral endowments,” said Mark Bristow, Barrick chief executive officer.

In other Newmont CC&V updates, the company has announced plans to reschedule their community open house meeting, originally scheduled last week, to March 27, at the Cripple Creek Heritage Center from 5:30 to 7:30 p.m.

This change is due to the storm that paralyzed the area last week (see related story).

The meeting will provide an update on the company’s operations northeast of the city on Globe Hill and Schist Island. At 5:45 p.m., company representatives will make a brief presentation highlighting recent business news, such as the Barrick deal, overviews on operational issues, future plans and CC&V’s community involvement.

And throughout the evening, residents can talk with CC&V representatives one-on-one. In addition, light refreshments will be served. For more information, call  719-689-4502.