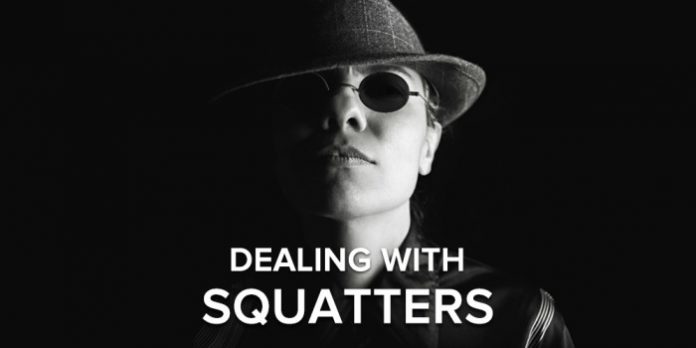 “Colorado Right to Rest” May Pose Obstacles For Local Officials 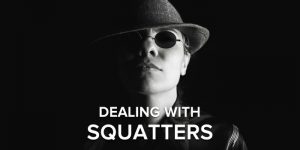 The Teller County commissioners have enthusiastically signed off on new rules for camping on private properties in an effort to combat a growing tide of squatters and transients living in their vehicles.

By a unanimous vote, the county commissioners promptly endorsed the initial reading of a new ordinance that sets limits on the amount of time people can camp on their own property and establishes rules for temporary housing in residential areas and residing on vacant land. It also defines what types of vehicles qualify as camping units, and how many can be used at individual properties, as well as stipulating many other guidelines.

The commissioners, at their last meeting, lauded this as a common sense approach, and one that would curb current violations, without becoming too strict. “We are trying to strike a balance,” said Teller County Commissioner Bob Campbell. Similar sentiments were voiced by Teller officials. “We are not abridging rights,” said Teller County Planner Dan Williams in a previous discussion on the revised camping rules last December. “We are trying to avoid vagrancy problems.”

However, will the county’s tougher camping stand clash with the proposed “Colorado Right to Rest”  legislation in the state House, aimed at addressing the rights of homeless and transient individuals?

Or, will potential squatter activity, a growing sight in parts of Teller, now occur in public areas? 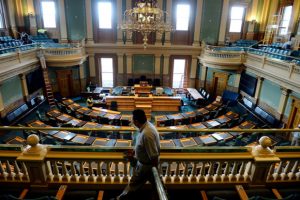 The Colorado Right to Rest proposal, recently introduced as HB1096, could open the door for anyone to sleep inside their vehicle on public property or that of a private property owner (with their permission) without interference by  law enforcement authorities. Unlike the county’s new ordinance, no restrictions would exist on the type of vehicle a homeless or transient person could reside in, or in the time limit for hanging out in a public area.

Proposed by Representative Jovan Melton, a Democrat of Denver, the plan was recently sent to the House Transportation and Local Government Committee for their consideration. In the past, this plan has generated much discussion and ended up getting defeated.

But that was before the “Blue” wave infiltrated  the state government, with the Democrats taking control of all branches of government. Last year, a similar plan was defeated by a legislative committee, following a fierce debate. But critics of the Colorado Right to Rest act, including law enforcement officials and local government leaders, conceded at the time that the proposal would face a better chance of getting accepted in the 2019 session, or at least some version of the previous plan.

Will the timing be right this time around, with the furor over the issue of more people ending up without a roof over their heads, even by their own choice, or due to economics? 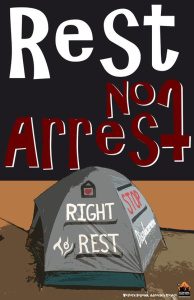 For example, under certain interpretations of the proposed Colorado Right to Rest law, this means that people could park their cars or recreational vehicles at the Centennial Building parking lot in Cripple Creek, or at the Woodland Park city parking area, and sleep there overnight, or as long as they wanted, without any interference or harassment.

The proposal is aimed to “establish basic rights for people experiencing homelessness, including but not limited to the right to rest in public places, to shelter themselves from the elements, to eat or accept food in any public space where food is not prohibited, to occupy a legally parked vehicle, and to have a reasonable expectation of privacy of their property.”

The law, though, does permit local jurisdictions an opportunity to become exempt from these new homeless individual protection standards, such as if a city can demonstrate that the waiting list for all public housing authorities contains fewer than 50 people for three consecutive months.

But in essence, the plan is aimed at forcing local jurisdictions to redirect resources to “activities that address the root causes of homelessness, displacement of people who are homeless and (experiencing) poverty.” The proposed law also would loosen up more monies from the marijuana tax to allow local jurisdictions to address the homeless and transient situation in their communities, with the help of the state Department of Local Affairs.

Teller County has experienced a growing problem with affordable housing, a situation that often causes workers to find innovative ways to secure livable residential units in the area.  A transient population, with more families  and even workers having to live out of their vehicles temporarily, has also been a growing issue of concern.

During the camping discussion last December, Williams cited a growing problem with individuals making permanent residents out of unapproved living units in a finite area. “It is tragic,” said Williams, when outlining certain scenes along Shelf Road, outside of Cripple Creek, and other illegal living activity that clashes with health concerns.

Reaction to the legislative plan has been mixed, with questions still abounding about the impacts for the region, and whether the Right to Rest proposal will really get approved. During a recent briefing of key legislation for the area in the 2019 session, Solomon Malick, the head lobbyist for the city of Cripple Creek, cited HB1096 as a big legislative issue for 2019. It is unclear how this law would apply to rural areas, which don’t really have public housing authorities or agencies.

For Teller County, the new pro-homeless relief move may clash somewhat with their efforts to combat problems with squatters and vagrant campers. County officials cited their new camping ordinance as more of a way to effectively enforce previous regulations.

At least for now, the county is heading down the home stretch in finalizing their new camping and temporary housing rules, following months of discussion. Teller’s new camping rules face one more reading before they become official.

They call for a camping fee to be obtained if a person camps on vacant property for more than 14 days and for set guidelines for disposing of sewage and waste to assure campers are abiding by property sanitation standards. Also, camping units are now defined as a “recreational vehicle,” a camp trailer, 5th wheel, or tent. Only two camping units are allowed on an individual parcel.  Gone are the days of people sleeping in their cars or pick-up trucks at vacant parcels for an extended period, according to the new rules.

However, the main previous goal of allowing camping on private property for 60 days per year, whether that occurs from the land owners themselves, their family members or friends, remains unaltered.