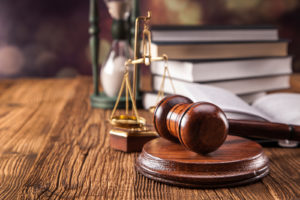 For the first time in nearly 15 years, the city of Woodland Park is searching for a new head attorney.

Only this time, the city is taking a much different direction than it has in the way its legal situation is managed, and one that differs with the approach taken by neighboring entities.

The current city attorney, Erin Smith, a partner of the Denver-based firm Smith, Norton & Smith, PC, was paid on a retainer/case by case basis with the city. She was originally hired around the time of the often contentious Walmart development proposal around 2005 that involved marathon meetings and hours of legal wrangling. Over the last decade, she has handled a number of key cases for the city, including a notable clash with Teller County and a review of the city charter, but has only attended meetings on an as-needed basis.

But now, the city has decided they need a full-time in house attorney. According to Assistant City Manager/City Clerk, Suzanne Leclercq, “During the 2019 budget discussions council decided to hire an in house attorney.  It will be cost savings for the city of Woodland Park.”

Smith, whose firm represents Cripple Creek and other municipalities, will no longer be representing Woodland Park. Leclercq said, “The city will no longer be a client of Erin’s law practice, and there will be a transition period between Smith and the new city attorney as part of his or her onboarding process.”

The city has fielded three prospective applications for the position, but according to Leclercq, one dropped out.

The annual salary range for the position is $88,459 – $132,687. The starting salary will be based upon the relevant qualifications, knowledge, and experience of the candidate selected. The city of
Woodland Park offers a benefits package which includes a money purchase retirement plan.

The new attorney will not be required to be a resident of the city, and whether or not he/she will be required to represent the city exclusively will be a matter of contract negotiations.

This position is an in-house city attorney which is appointed by and serves at the pleasure of the city council and is a vital part of Woodland Park’s executive team. The city attorney provides legal counsel to the city council, city manager and all city departments. The head attorney provides legal advice, reviews contracts and documents, drafts contracts and ordinances, and represents the city before various
bodies to include court.

The city advertised the position in a number of venues, including several government websites, Linkedin, Facebook, and the city’s website.

According to the advertisement, the city is looking for someone who, “Is expected to provide diplomatic and practical legal approaches to city operations. The individual will maintain and support a positive,
collaborative culture within the city organization, and fully embrace the city’s core values. A high level of integrity and ethics along with a keen sense of political acumen, while operating in an apolitical fashion, are also critical attributes for this role.

“Comprehensive knowledge of municipal law, with at least five years’ experience in local government law and a collaborative problem solving style are vital aspects of this position. A Juris Doctor degree from an accredited law school and being licensed to practice law in Colorado or clearly eligible to waive into the Colorado Bar is required.”

This is a definite change in the city’s legal direction and differs from the practices of neighboring municipalities and entities, such as Cripple Creek, Green Mountain Falls and Teller County. When Smith was hired, the city was embroiled in a huge brouhaha over the Walmart project, a situation that prompted the city then to use the services of Smith and her Denver firm. At one point, the city was even cited for breaking open meeting laws.

The reaction to the change is getting met with mixed responses. Some like the idea from a fiscal standpoint, while a few long-time civic veterans question if the city is taking an unrealistic approach towards its legal future.