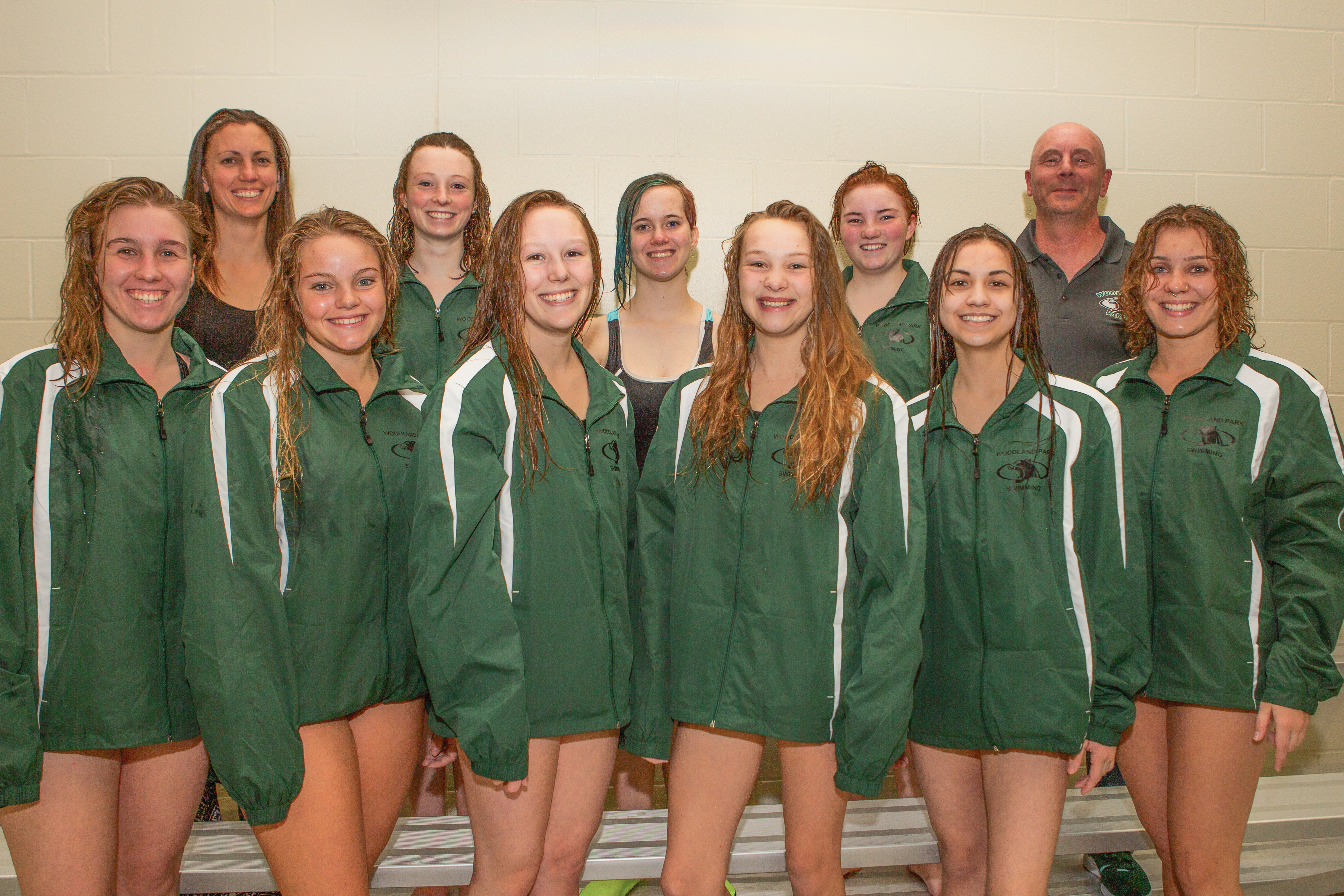 After years of efforts to bring a swimming pool to Woodland Park, the local high school now has the capabilities to have a competitive swim team.

This year marks the first year WPHS has ever featured such a sports team. In fact, 2019 marks their inaugural season, with plans established for preparing future competitive swimmers in the community.

The Lady Panther swimmers jumped in the water for the first time competitively at a tournament towards the end of November. Since then the ladies have competed in five tournaments including three at the Woodland Aquatic Center. According to the girls’ head coach, the team beat Mitchell High School and competed closely with Sierra.

The team’s two brand new coaches have started their first year being in charge of the girls and they both bring a lot of swimming experience to the table. The team’s head coach, Rusty Bernstein, just recently moved to the area to be in charge of the swimming club and competitive swimming team. Bernstein has experience coaching competitive swimmers at both the college and high school level.

The Lady Panthers’ assistant coach Kelly Havens has experience as a competitive swimmer and works as a teacher at a school in the district. Havens graduated from Woodland Park High School and she was the first girl to letter in swimming there, even though she had to go to another school to compete.

Now Havens and Bernstein have headed up the girls’ swimming team basically from scratch. A few of the girls have had some competitive swimming experience previously but most of the team’s swimmers are brand new to the sport.

Bernstein said that during most of the first part of the season,  the coaches have been teaching the girls proper technique and getting them trained to do the competitive swimming.

“I knew what I was getting into and the goal is not just to have a team,” Bernstein stated. “The goal is to have a championship team. Eventually, at the high school level we are going to be one of the top teams in the state.”

In order to accomplish this goal, the aquatic center offers a competitive swimming club that kids ages five and up can participate in year round. To get into the club the kids must pass a swimming skills test to make sure they know basic techniques. Once they pass the test, the kids start learning how to swim competitively using the four strokes which are breast stroke, freestyle, butterfly, and backstroke. The purpose of the club team is to get the competitive swimmers prepared and up to par before they get to the high school level.

Bernstein emphasized the fact that coaches usually don’t focus on the score when it comes to competitive swimming. “The score is not what is important,” the coach explained. “Improving every day is our main goal. We can’t focus on the score of each meet. We see the meets early in the season as rehearsals as we work up to the last meet of the year.”