Last week, two incidents occurred that motivated local police to reach out to the public for help.

One of these has been resolved successfully, but in another case, authorities are still asking for resident assistants.

The first case involved a single vehicle crash that resulted in the death of a woman and the second was a case that had to do with a missing elderly man. 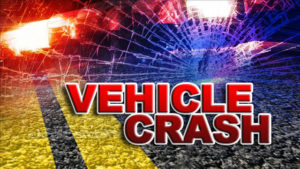 On Dec. 30, just after 10 p.m., the state patrol responded to a car wreck at the intersection of Teller 421 and 1. Investigators say that the driver, 53-year-old Beth Anderson, was heading westbound on CR 421 or Upper Twin Rock Road when her car veered off the right side of the road, hit a lamp post and flipped over onto its side.

When authorities arrived, Anderson was pronounced dead on the scene. Reports say that Anderson was not wearing her seat belt. The state patrol is asking for help with the investigation and wants anyone who may have witnessed the accident to call Trooper Thomas DeAntonio at 719-544-2424. The case is still being actively investigated.

But this was just one incident that authorities recently asked for the public’s assistance.

Last Friday, the Teller County Sheriff’s Office put out a press release stating that an “at-risk” senior citizen was missing and was last seen at a hardware store in Colorado Springs. The 81 year-old man, Kenneth Klug, who suffers from dementia, was initially reported as a missing person and authorities believed that he might have been headed to Wisconsin 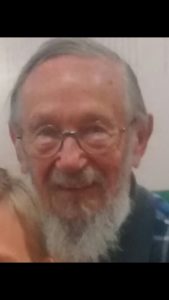 The man apparently had a cell phone, but he left it at his residence and he was unable to be reached.

Authorities were concerned about his safety and issued a silver alert to ask the public to help locate the elderly man. The police sent out a press release that gave detailed descriptions of Klug, what he was wearing and the vehicle he was driving.

A fairly visible alert message was also posted on the Hwy. 24 electronic signs, operated by the Colorado Department of Transportation. Residents were advised to check out local media outlets regarding the man’s disappearance..

Many concerns were voiced about Klug’s whereabouts; as quite often, these cases don’t have happy endings.

However, shortly after the sheriff’s office issued the press release stating that Klug was considered a missing person, deputies sent out an e-mail to notify media sources that Klug had been located and was safe.

“Mr. Klug has been found safe and is at his residence,” Deputy Renee Bunting said in the e-mail. “Thanks for all your assistance!”