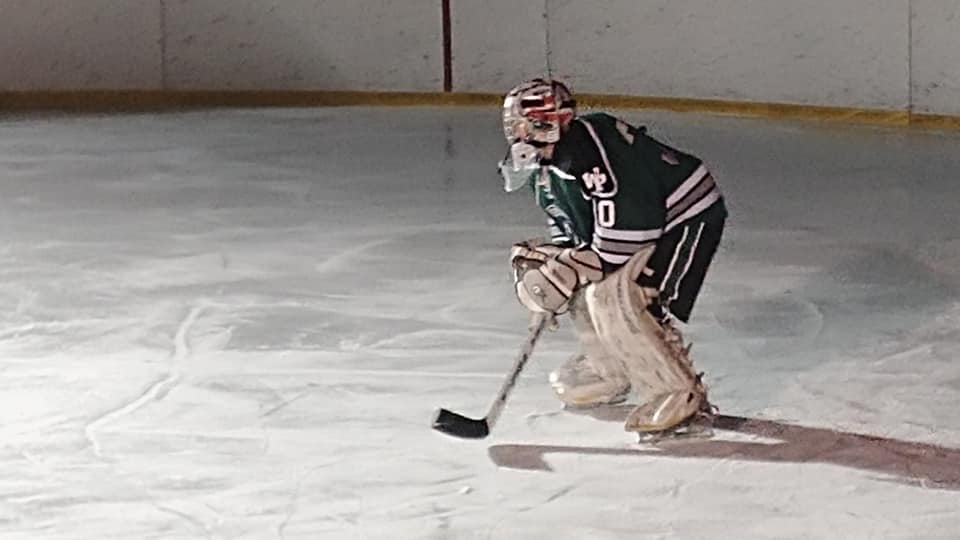 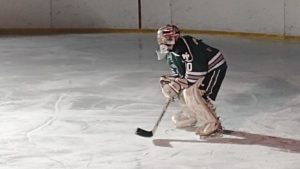 What a difference a year can make in “Winter Iceland” in Woodland Park.

Last week, the Friday Night Lights came to Meadow Wood Park as the local high school hockey team, only in their second year, played their first actual home game in their hometown and beat Air Academy by a score of 7 to 1. Already, they have improved their record 100 percent from 2018.

The game started at 8 p.m. and the crowd started pouring into the brightly lit ice arena to watch the home hockey team take on Air Academy High School. All of the stars aligned that night to create a perfect evening for outdoor hockey watching as it was one of the warmest nights the town has seen in weeks.

As soon as the game started, the Panthers quickly showed that they meant business. The boys were fired up and had it on their minds to give local spectators a good show to watch from the beginning.

The boys kept their momentum up and kept scoring throughout the match. At the end of the second period, the Panthers were up 4-0, and the game was looking like it was going to turn into a shutout.

Then, in the third period Air Academy scored their first goal of the game but the Panthers quickly answered and scored three more goals before the ending buzzer sounded.

After the game, the team was fired up and optimistic about the rest of the season. All of the players seemed to agree with what the bullish predictions of Coach Chad Mason, who believes the Panthers would win their league this year.

The three senior captains all seemed to think that this year the team has improved from last year and that they learned a lot during their first season as a high school hockey team. The three captains said that they have been more competitive across the board. The team thinks that they have improved this year due to the solid core the team still has.

The three senior captains said that they have all been playing with each other since they were in kindergarten.

The team’s coach said that he is very impressed with the way the boys have been playing so far this season. “The kids played well tonight, they really did,” Mason said. “I had five seniors graduate last year but besides that we still we all of our key players from last season.” He said that he added four new players this year including three freshmen that are on the varsity team.

When asked about weaknesses the team needs to overcome this year Mason said that the team is young and they need more experience. “We are really young and inexperienced,” the coach said. “Our core is all sophomores and we have three freshman this year.” He said that experience will help the team grow and that the boys play a lot of solid teams during the rest of the season.

The Panthers are currently 2-5 overall and 1-1 in their league, meaning that they have already won twice as many games as they did last season. The boys have eleven games left to play including the majority of their league matches.