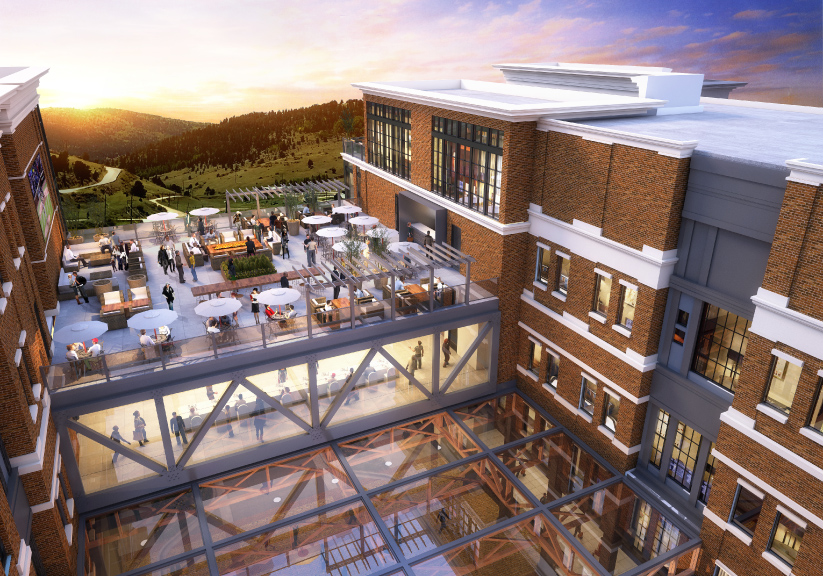 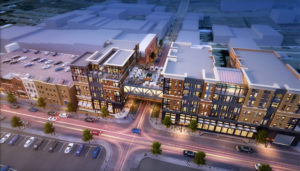 Cripple Creek’s second significant mega casino/hotel bid proposed in the last six months is headed for a major historic test this week, another sign that the gaming town is entering a new modern era.

On Jan. 4, the Cripple Creek Historic Preservation Commission will review the design and architectural plans for the proposed five-story hotel and nearly 150,000 square-foot-expansion, submitted by Triple Crown Casinos.

This project calls for 150 guest rooms, a rooftop, upscale restaurant, a ballroom, convention/meeting hub, a fitness center, coffee shop, lounge and other amenities, and possibly workforce housing. The new hotel is proposed to be adjacent to the Brass Ass and Midnight Rose casinos.

Friday’s hearing is scheduled for 5:30 p.m. in the city council chambers.

The five-person historic preservation commission will decide on a certificate of appropriateness (COA) designation for the $30 to $40 million expansion for Triple Crown, the second major hotel planned in recent months.   A COA designation is one of the main governmental hurdles confronting local casinos in the historic downtown core in their bid for more modern amenities. 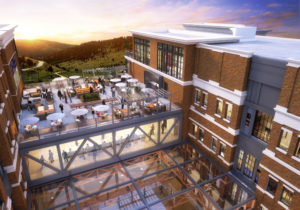 In essence, the commission reviews new building designs to make sure they adhere with the historic character of the town. In the past, these COA’s have mostly dealt with existing buildings.

However, in the last few years, this trend has changed with the commission now grappling with new buildings. “All the major players in town are proposing new hotels,” stated Cripple Creek Planning and Community Development Director Bill Gray.

He stated that the town is entering a new era of modern buildings that it hasn’t experienced before. In fact, based on current and future plans, Cripple Creek could bustle with an additional 500 lodging rooms and more than $150 million of total new development work over the next few years.

Based on his initial review, Gray said he doesn’t see any real stumbling blocks with the Triple Crown design, compiled by Oz Architecture of Denver.

“The architectural design seems to be compatible with the historic character,” said Gray. “It is a good design. They seem to be in compliance with the old classic building forms.”

The new expansion, though, does have plans for a pedestrian bridge, located well above the street, connecting visitors to their various properties. This element may raise a few eyebrows during the upcoming hearing. Gray, though, conceded that one common element with all casino/hotel expansions is the use of additional structures to enable better physical connectivity within their establishments.

Early this week, the planning department will make a formal recommendation. If the Triple Crown representatives aren’t happy with the staff’s recommendations, they can argue their case before the commission at the Jan. 4 hearing. If they still aren’t happy with the decision, they can either amend their plans or appeal their case before the city council.

In the history of gaming in Cripple Creek, very few historic preservation cases have extended to the council appeal level. But these instances have occurred, such as with the parking garage that Triple Crown constructed a number of years ago.

All Quiet On The Local Preservation Front

Unlike the Bronco Billy’s expansion project, the Triple Crown bid doesn’t require any variances or projects of special merit considerations. In this part of town, a five-story hotel is permitted.

“We haven’t really heard that many concerns about the project,” said Gray. In fact, he admits it has been pretty quiet on the historic front regarding the Triple Crown hotel project.

Triple Crown unveiled their plans to the media in late November. “We are very excited to announce this bold expansion designed to offer an exceptional hospitality experience and differentiate us from our competitors while also retaining our unique historic legacy,” said Larry Hill, chief executive officer of Triple Crown Casinos, in an official statement.

If Triple Crown gets the green light later this week, it could propel the local  casino giant to the driver’s seat in the race for the first gaming property to feature a new major hotel. Hill stated that the casino wanted to start on their expansion in 2019, with a projected hotel opening in 2020.

Bronco Billy’s has already cleared all of their hurdles for their $70 million expansion, calling for close to 200 rooms and a six-story facility.  Their project also calls many top-rate amenities, and is eying a 2020 opening.

According to Gray, Billy’s, owned by Full House Resorts, still hasn’t obtained a building permit and is going through the process of securing financing. The first stage of the Billy’s expansion project would consist of a mega, indoor parking garage, according to Gray.

The Billy’s proposed project tested the waters of public opinion regarding the push for more largescale developments in Cripple Creek. While some, including operators of Triple Crown, objected to Billy’s project of special merit designation, allowing them to demo a few buildings and have more flexibility, most people who attended the hearings supported the mega hotel development.

Besides Billy’s and Triple Crown, new hotel bids are expected from the owners of the Wildwood and Century casinos. Century had a previous COA approved for the expansion and remodeling of the old Palace hotel on Bennett Avenue. But this COA expired, when the casino company opted to put the project on hold.