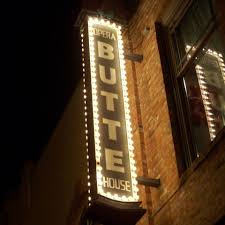 The end of the year equates to contract time for the city of Cripple Creek, which hopes to finalize deals with the town’s main theater group, UC Health and other entities..

This Wednesday (Dec.5), the city will hold a public workshop at 3 p.m. At issue are plans to iron out details of the city’s arrangement with the Butte Theater Foundation and to secure a lease for the building where shows are currently performed. This meeting ultimately could determine the theater situation for next year.

Also, questions may arise regarding the Foundation’s short and long-term plans. The Foundation, which now contracts directly with the new Mountain Rep Theatre group, has eyed a major acquisition pursuit of the Star and possibly the Golden Horseshoe buildings with plans for The West End Performing Arts Complex. This substantial proposed expansion would open the door for better places for patrons to congregate before and after shows, and possibly to house more exhibits and additional performance areas, according to project proponents.

According to Interim City Administrator Ray White, the current negotiations deal with new auditing requirements and to assure that the city and the Butte Foundation are on the same page legally. Unlike past years, the city no longer deals with the theater group that puts on regular shows. Instead, they negotiate with the Butte Theater Foundation. “That is one big change from what we did in the past,” said White, in describing the previous arrangement with the former theater company, Thin Air Theatre.

Reaction to this year’s theater’s season with a new company has been mixed, according to the interim administrator.

“Some of the shows did very well, and others were pretty low with attendance,” admitted White. He cited the Patsy Cline musical as one of the main highlights of the year.

According to sources, some concerns arose over the Rocky Horror Picture Show last fall, with a few civic leaders viewing the performance as too risqué for Cripple Creek. This prompted some to consider if the city should have more oversight over what shows are done. Questions also have been raised about the Foundation’s acquisition pursuits, and if these plans are just too ambitious at this time.

However, one of the overall goals for both the city and the Foundation is to make live theatre at the Butte more self-sufficient, with less financial assistance coming from the city of Cripple Creek.

Foundation leaders have maintained they have succeeded in this direction, as ticket sales have increased in 2018. They also tout a more diverse lineup of performances than in the past, with seven different shows covering a wide variety of genres.

Another important aspect of live theater in Cripple Creek hinges on assuring that the city stays true to its melodrama tradition. With new auditing procedures by the state, the city must demonstrate that it is playing a strong role in maintaining this theatrical genre that originated in the late 1890s in the mining district, and then became a key part of Cripple Creek’s tourist folklore for decades from the late 1940s to the early 1990s. The city currently uses a portion of their historic preservation funds for the production of classic melodramas.

Butte Theater Manager Mel Moser has stated in public meetings that the Foundation has strived to meet this goal of adhering to the melodrama tradition. This year marked the 70th anniversary of classic melodrama in Cripple Creek. 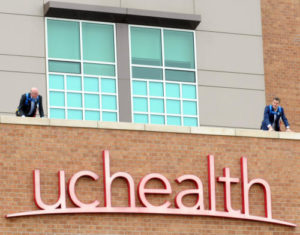 In other pending contracts, the city hopes to soon finalize a contract with UCHealth.

UCHealth is exploring the prospects of taking over the medical services at the Medical Plaza currently done by the Premiere Rural Family Medical and Dental Care.

The Premiere group opened medical services last summer, with a full-time, veteran doctor, medical assistant, a registered nurse and office manager.  Under current talks, UC Health, which has already taken over the Pikes Peak Regional Hospital, would be in charge of the medical operations. White sees this as a win/win for Cripple Creek and UCHealth.

He cautioned, however, that no deal has been finalized, but UCHealth officials appear very optimistic in their intentions to take charge of Cripple Creek’s medical services, noted White. According to White, UCHealth doesn’t plan to make any staff changes there, and to retain the services of Dr. Robert Reid, who works at the Medical Plaza several days a week.

New City Manager Ready to Come On Board 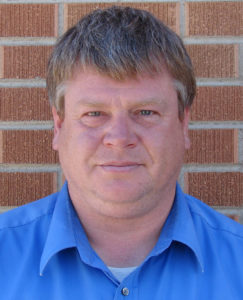 And in other negotiations, the council has finalized a contract with new city administrator Mark Campbell, according to officials..

A formal contract is scheduled to get approved officially at this Wednesday’s (Dec. 5) council meeting.

Campbell, who will be paid an annual salary of approximately $105,000 a year, is scheduled to assume the reins of the city, starting the week of Dec. 10. Campbell, who was actually born in Northern Ireland and came to the U.S. in the early 1990s, served as the previous town manager for Kremmling, Colorado, located near Steamboat Springs, and was the head administrator for LaGrange, Missouri. In addition, he has been an executive board member for the Colorado Local Government Limited Gaming Impact Commission.

He was the top finalist for the job, following a national pursuit headed by a Colorado Springs-based recruiting firm, with final interviews conducted by the city council and a panel of department heads. He replaces Ray DuBois, who resigned from the post last summer. In the interim period, Ray White, a former city administrator for Cripple Creek, had stepped in as the temporary head boss.