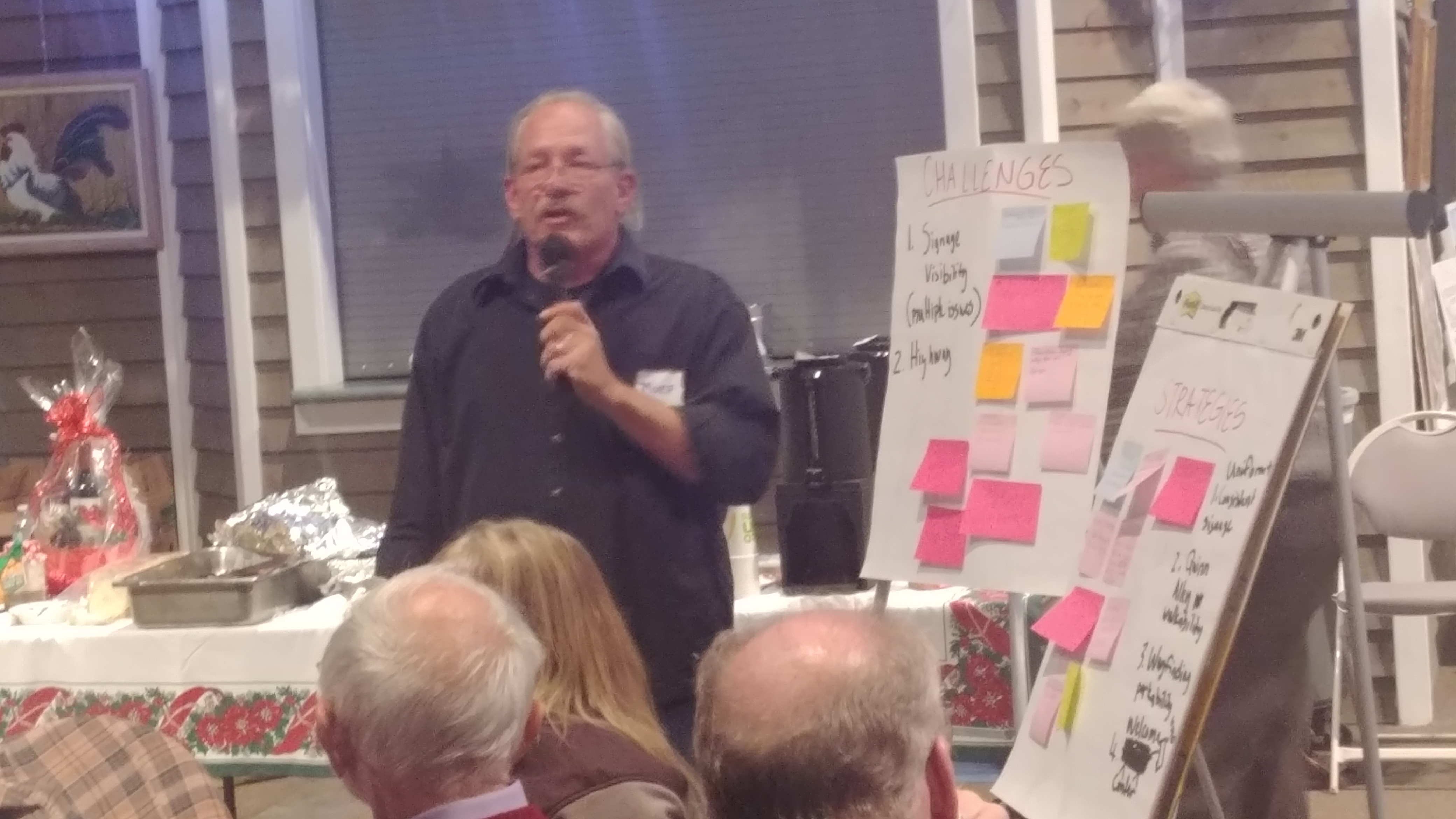 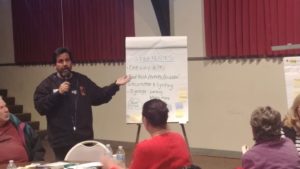 The “community placement” meeting was held at the Ute Pass Cultural Center and it focused on ways to improve the downtown area. The event was open to the public and featured representatives from a variety of organizations, such as the state Department of Local  Affairs and Community Builders. The event came about after Main Street received a grant to get some community improvement project designs created.

During the opening presentation, Woodland Park Mayor Neil Levy repeated a theme he has echoed in the past regarding the difficulty of doing business in Woodland Park. But that said, he believes the community can work together to overcome these business hurdles. “Let’s be realistic, honest, and open in this discussion,” Levy said. “Let’s talk about the hard questions. If everyone can say what they think without getting chastised or spoken down to we can get some things accomplished.”

After the introductory speeches, a representative of Community Builders gave a presentation explaining what “community placement” is. He showed pictures of how the organization has helped other cities in Colorado with branding their town and completing projects that help make their downtowns more welcoming. After giving everyone a good idea of the types of things community placement projects could involve, the large group of 60 people that attended the event split into groups.

The ideas group respondents threw out were quite diverse and were all across the board. Some believe that the c 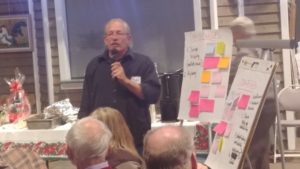 ommunity needs to work on creating more pedestrian-friendly walkways so people could walk through the downtown area more easily. Others felt that a focus should be on better signage for businesses and parking areas as well as general beautification strategies. Other ideas cited include better branding, and one group even proposed naming a section of the downtown area as the Woodland Park CBD (or Central Business District.)

Some recurring themes were the visions of more uniform signs in the downtown region. Most of the groups also mentioned some sort of pedestrian safety or traffic calming strategy. Beautification and improving the town’s overall façade were also high on most of the groups’ lists. Forum participants also mentioned a need for a welcoming center, and more events to attract people to the area.

The next day a group of residents and civic leaders met again at the Ute Pass Cultural Center to finalize the takeaways from the community discussion session. According to Woodland Park Main Street Program Manager Darlene Jensen, the session held the next day was successful as the group named three main areas of focus. Now that three projects have been decided on, Community Builders and other state representatives will get to work with designs for the projects.

After the designs get drafted, the Main Street committee and the city of Woodland Park will get together to come up with ways to pay for the community placement projects. 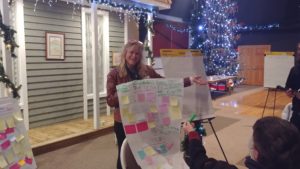 The first area the group decided to work on was Quinn Alley that runs parallel to Highway 24 behind the Historic Ute Inn and The Cowhand. The consensus of the groups that worked on that region was that it should become more of a pedestrian-friendly walking area. Now, the organizations are tasked with a plan to put more benches and decorative displays along the alley that pinpoint it as a pedestrian-friendly area.

The second major project gaining favor was to better the signage in the downtown area for businesses and parking lots. One idea was to work with the Woodland Park High School to get students to build metal signs for downtown businesses that fit the chosen Western town theme. The idea is to also make bigger signs in the area for parking that fit the Western theme and inform drivers about the lots sooner.

The third project, which will be put into action, hinges on general façade improvements. The idea is for city leaders to get grant monies to help businesses improve their buildings with new paint jobs and awnings. The new improvements will fit the town’s Western theme as well as help better brand Woodland Park.

According to the program manager, Main Street plans on getting started with the projects quickly. “Our goal is to help small businesses attract customers into their stores,” Jensen said. “We are very focused on outcome and project implementation.”