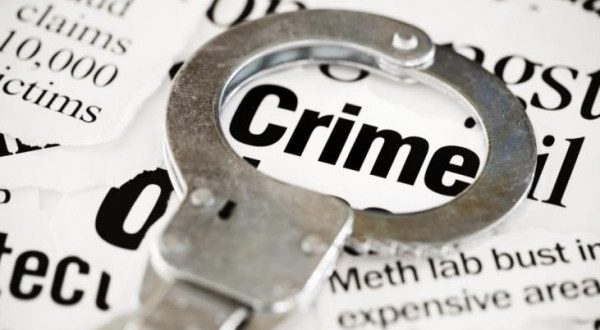 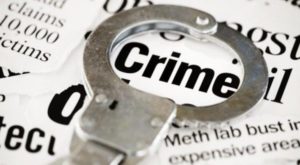 The myth that Teller County is an isolated burg with no major crime activity is getting shattered every week.

Last week, law officers got bombarded with reports of a shooting and a case involving a man giving dangerous drugs to school kids. This escalated the serious crime statistics for 2018, which could go down as a record breaker.

On Saturday, November 17, the Teller County Sheriff’s Office received a call at around 9:30 p.m. saying that there were multiple shots fired at the Lone Wolf Campground located on South Hwy. 67 just outside of Cripple Creek. Shortly after deputies responded to the first call, they received a second call. This came from a different address in Cripple Creek and involved a woman who reported that she had been shot. The deputies quickly learned that the two incidents were related.

The unnamed female victim was transported to a hospital in Colorado Springs, and according to Teller County Sheriff’s Commander Greg Couch, she appears to be alright. Shortly after the incident several people were taken to the sheriff’s office for questioning, but there has still not been any arrests made yet.

“It was a very complicated scenario,” Couch said. “There were multiple witnesses in the case but it is still under investigation.” The commander said that investigators were still conducting a number of interviews to find out exactly what had happened, and that the agency would release more information when it was available.

Despite the lack of details,  the case highlighted  the fact that violent crimes in the area have increased over the last year. According to statistics provided by the sheriff’s office, there has, in fact, been more violent crimes this year compared to 2017.

Man Arrested For Giving Pot Laced With Meth To Children

Last week, another drug related arrest was made in the area when a school resource officer found students possessing marijuana laced with methamphetamines at the Woodland Park Middle School.

According to the Teller County Sheriff’s Office, the middle school’s school resource officer recently discovered that a number of students got their hands on the meth-laced pot. The case was immediately turned over to the newly formed Teller County Narcotics Team or TNT for further investigations.

The narcotics team was formed in September 2018 and consists of members from the Cripple Creek and Woodland Park Police Departments, the Teller County Sheriff’s Office, the Drug Enforcement Agency, and the Federal Bureau of Investigations. The team was formed to help with the crackdown on illegal drugs and black market marijuana operations in the region. Since the team formed, they have mainly been working on specialized training in narcotics and undercover work. This recent arrest was the first time the skills the team has been learning were put to use.

“The Teller County Narcotics Team was developed in response to the community’s need for us to target illegal narcotics in our area,” Sheriff Jason Mikesell said. “This is an aggressive approach that is designed to stem the flow of dangerous drugs that threaten the safety and well-being of our communities.”

The team investigated the case in attempts to find the source of the dangerous illegal narcotics.

Last Friday, the team obtained a search warrant for a home located north of Woodland Park off of N. Highway 67 in between Westcreek and Deckers.

As a result of the warrant, law enforcement officials placed 47 year-old John Bruce Fifield Jr. under arrest and charged him with possession of a controlled substance, distribution of illegal narcotics, contributing to the delinquency of a minor, child abuse, and possession of an illegal weapon. The suspect was booked into the Teller County Jail and was given a $50,000 bond. However, according to the sheriff’s office, Fifield made bail and was released shortly after his arrest.

The number of students that came into contact with the laced marijuana is still not known. The school district is offering free drug tests to families that think their child may have used the drugs.

“We are committed to the safety of our schools and the children that attend our schools. They are our greatest asset,” Woodland Park Police Chief Miles DeYoung said. “Any time we get information about dangers to our children, we take action in conjunction with our partners to address the threat.”

The recent case yet again signifies the increase of felony crimes the region has experienced this year, especially with the hike in drug-related arrests since the 2018 marijuana law change that greatly restricted how much marijuana can be grown at residences.

“This is the reason we have school resource officers (SRO’s).  We enjoy our cooperation with the police department and the sheriff’s office,” Woodland Park RE-2 School District Superintendent Steve Woolf said. “We are invested in safe schools, so anytime something such as this comes up, we are on it.”