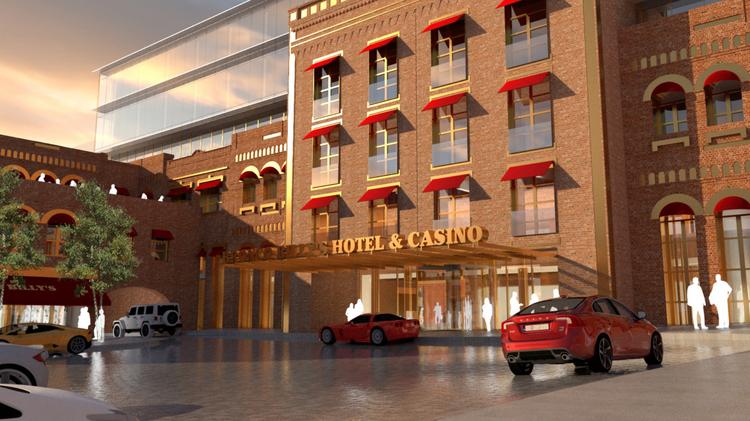 Gaming Community May Bustle With 500-Plus New Rooms 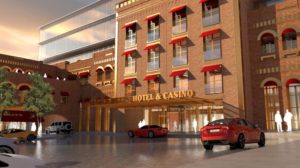 Expansion and hotel fever is spreading in downtown Cripple Creek.

At least that is the hope of city officials, who are quite optimistic about the turning of the cards in the gaming community with real talk surfacing about a destination community. “This is really encouraging,” said Bill Gray, the city’s planning and community development director, in describing a slew of new lodging and hotel projects. “These would be a big asset for the community. It is a good sign for the economy.”

Bronco Billy’s proposed $70 million-plus expansion for a six-story, four-star hotel, with many amenities, and a mega parking garage, commanded much attention last spring and summer, generating much controversy, But despite all the pro and con talk, it could become a trend-setter.

Although plans have not been finalized for most of these forthcoming expansion bids, Cripple Creek could bustle with more than 500 rooms in the next few years, as most major gaming properties in town are planning on doing new and substantial hotel and lodging ventures and ways to increase visitor enhancement.

Bronco Billy’s is on track to soon begin construction on the first phase of their expansion, with an indoor parking garage. The project will feature a four-star hotel with nearly 200 rooms. They have obtained all the necessary approvals, and have to comply with some contractual obligations, but face no more regulatory hurdles. They still have to secure building permits, but local officials don’t see any problems.

Although not related, the owners of Billy’s, Full House Resorts, also will open the new Christmas Casino and Inn at the former Imperial hotel and casino properties. That will involve much interior renovation, but no changes to the historic building facades.

And more importantly, Bronco Billy’s won’t have to gamble with their expansion bids in the legal arena.

A district judge recently dismissed a lawsuit against Billy’s, arguing that foul play occurred with the issuing of a special merit designation for their new hotel and casino expansion. Moreover, critics questioned if the new development clashed with historic rules and restrictions that other gaming properties adhered to for 25 years.

The special merit designation was challenged by Triple Crown Casinos and other competing gaming properties. The judge’s recent decision to dismiss the suit reportedly won’t be appealed, based on comments made at a recent casino association meeting.

In fact, Triple Crown is one of several operators who may enter the new hotel push. According to Gray, tentative plans have been introduced for Triple Crown for a new hotel project, planned behind the Brass Ass and Colorado Grande area, along lots owned by Triple Crown.

“This would really complete the third block (of Bennett Avenue),”  said Gray.

And Century casino, meanwhile, wants to revitalize  their Palace Hotel renovation and expansion plans. These plans deal with efforts to revive one of the town’s most cherished historic structures downtown, which has been idle for many  years. Tentative plans call for an additional 50 rooms with the revived Palace.

Century received a certificate of appropriateness designation for previous design plans and an alley vacation for restoring the Palace several years ago.

But the Century owners, who own a number of properties across the globe, opted to put these plans on hold.

Unfortunately, these plans are now null and void, according to Gray.  He said  if a COA isn’t acted upon within a year of its approval, the plans have to be resubmitted. But based on past meetings, the Palace renovation shouldn’t encounter too many obstacles in garnering approval from city leaders.

The community development director cautioned that no formal plans have been submitted by the above-mentioned casinos for these future projects, but confirmed that talks have occurred between the city and project developers.  Gray expects formal plans to be unveiled by several casino operators later this year, or at the beginning of 2019.

Billy’s Set The Stage For Expansions

Despite the debate that occurred last spring, officials are citing the Bronco Billy’s expansion as the catalyst that got the local lodging expansion ball rolling. For years, the town often found itself in a stalemate position regarding new lodging endeavors.

“The Billy’s expansion is doing what the city hoped it would do,” said Interim City Manager Ray White.

White, like most city officials, wasn’t surprised with the recent court ruling in favor of the city and Bronco Billy’s. “We were pretty confident,” said White. He said the city’s attorneys and other officials believed strongly that the city abided by the necessary rules in their approval actions of the Billy’s expansion.

It’s no secret that city officials are pulling for the new projects, as these casino/hotel pursuits alone could nearly double the town’s current lineup of rooms. And with a fairly new lodging tax, these added rooms could help the town’s bottom line. “The lodging tax has been working pretty well for us,” said White

Currently, the city taxes all occupied rooms at a 6 percent fee, paid by the overnight guests.

This lodging boom couldn’t happen at a better time for Cripple Creek, as the gaming industry has operated with much fewer devices than in the past, a trend that has put more financial pressure on the city. The city government is funded largely by betting device fees.

Still, not all citizens are happy over the byproduct of the new lodging developments. The issue of historic preservation, and the need to save old buildings, has returned to the forefront.

At a recent meeting, Gray introduced a plan that would require owners and operators of historic homes in the downtown area to abide by the same restrictions as casinos and commercial businesses regarding demolition and alteration requests. Under his proposal, these historic home demo bids would have to be reviewed by the historic preservation commission.

This plan was rejected by the council, but it generated much debate. Some citizens expressed a concern over compromising the city’s history anymore, sentiments that escalated following the Billy’s expansion bid.