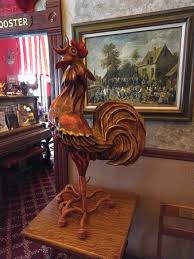 As the holiday season nears, plans commence this week for the opening of a new casino in Cripple Creek.

In fact, now people will have a place to go to celebrate the Christmas holiday 365 days a year. 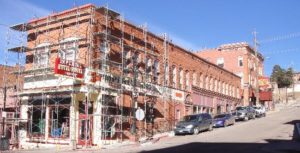 The new casino is expected to open in the beginning of November and it will become the town’s first Christmas themed hotel and casino. The Christmas Casino and Inn is planned to revitalize the old Imperial Hotel and Big Jim’s casino site.

The new gambling hall will be a place where gamblers can enjoy their favorite holiday while getting the chance to strike it rich. According to Murphy, the lower floor of the casino will have a restaurant called “Rudy’s,” along with a bar and gaming area. Within the next year, the company plans to open the third floor of the building as a Christmas Museum. The museum will feature all things Christmas and have a retail store and separate bar.

“I think you will be very impressed by what the interior of the casino looks like,” Murphy said. “There was a lot of time, thought and money put into the design.” The manager, who has held the Billy’s managerial reins since Oct. 1991, said that all of the hotel rooms will also be decorated with a Christmas theme.

As far as the future of the Red Rooster bar and the other former restaurant areas in the former Imperial Hotel, Murphy didn’t release any specific details. He said that the company does have plans to utilize the old Red Rooster bar area within the next 90 days, including coming up with a plan for the old melodrama theatre.

In the last few weeks, many local residents have longed for continuing the tradition of the Red Rooster, a historic mainstay in Cripple Creek for years. It once reigned as a popular hangout among actors of the old melodrama shows at the Imperial, when they were produced by the Mackin family, the former owners of the Imperial, for decades. The old Imperial melodrama shows put Cripple Creek on the national tourist map. The Red Rooster also was known for its historic décor.

In recent years, the Red Rooster was even a popular place for post-city council gatherings, where according to legend and folklore, many decisions were informally made. Even acclaimed journalists and civic leaders from the district, were known to hang out at the Red Rooster, and sip a few beverages of choice.

But according to city officials, the owners of the property have the full discretion to decide the fate of the Red Rooster. Since no alterations are proposed to the exterior of the building, the city has no jurisdiction over the pursuits of the Christmas Casino and Inn. “It is their property,” said City Interim Administrator Ray White.

Murphy said that at first the gaming devices gained would not be significant because they are pulling some machines out of their Buffalo Billy’s to be used in the Christmas casino.

And recently, the city reached a historic low in the number of slots and games in play, as more casinos are investing dollars into non-gaming ventures, such as new hotels.

The council voted unanimously to approve the liquor licenses for the new establishment.

During a recent council meeting, speculation abounded that the new casino would be the home to some special furry friends.

“The reindeer will be here on October 31,” Murphy quipped at the end of his presentation  before the council.