The Greater Woodland Park Chamber of Commerce’s Board has voted to Oppose Amendment 74 and Proposition 110.

In addition, they voted to support Ballot Initiative 7A.

As an advocate for the business community, the Chamber Board weighed several measures that will be on the November 6 ballot.   Amendment 74 is a constitutional amendment that will change the very essence of Colorado’s constitution.  As such, the Chamber Board is very concerned by the loosely worded language that says any state or local government regulation or law which “reduces” the “fair market value” of private property is subject to “just compensation.”

For the Chamber Board the issue presented was no one really knows what that means.  Even the drafters of the amendment have not given specific or detailed information.  Therefore if passed, this Constitutional amendment poses unknown consequences which may result in significant costs to municipalities and the state.  Those costs would eventually be passed on to the taxpayer/business owner.

Proposition 110 authorizes Sales Tax and Bonds for Transportation Projects. If passed the state’s sales tax and use 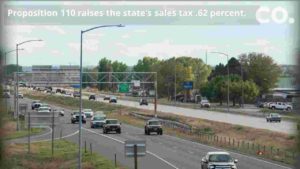 tax would increase from 2.9 percent to 3.52 percent for 20 years.   “The Chamber Board believed that transportation funding should come directly through the state budget.” said Chamber President Debbie Miller.  “Sales tax is an unstable way to fund infrastructure improvements.”

Ballot Initiative 7A is a proposed ½ cent sales tax to fund and improve ambulance service for the Ute Pass Regional Health Service District.  The Chamber Board weighed all the proposed local savings.  Some of those include lowering property tax residential assessment rates offset by the sales tax increase, no balance billing after insurance pays and that non-residents who utilize this service would be paying a portion of this through sales tax collected locally.  The State will collect the tax and pass on to the Health Service District.   “As population and tourism increases in Teller County and Woodland Park, the District is seeing a call volume increase, in addition to the cost of services increasing through medical supplies and equipment.” Board Chairman Jim Olsen said.  “As the payer gap widens payments are projected to worsen.”

The Chamber Board believes this ballot initiative will help to offset this payment decline.

For more information about these issues, contact  Debbie Miller at 719-687-9885 or via email atdebmiller@gwpcc.biz.