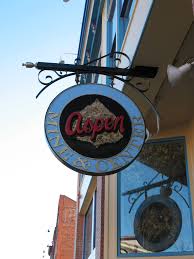 For nearly 20 years, the Aspen Mine Center has reigned as one of the district’s most successful experiments as a social services, resource, and non-profit hub, with reported assistance to more than 8,000 individuals and families.

During this stint, the city of Cripple Creek has emerged as a key partner, endorsing pushes for pro-Aspen Mine Center initiatives.

This supportive trend apparently continues. The Cripple Creek City Council last week unanimously passed a resolution in support of a ballot issue, asking voter approval of a small sales tax hike to help fund the Aspen Mine Center. This tax, calling for three-tenths of one percent sales tax on items purchased in Cripple Creek, with the proceeds going towards funding the Aspen Mine Center, will appear on the Nov. 6 ballot for local residents

The council enthusiastically passed the pro-Aspen Mine measure at last week’s meeting without hesitation. The only concerns raised dealt with a possible hike in homeless individuals and transient folks. In the past, some leaders and business operators have worried that these types of people may try to take advantage of Aspen Mine services and food handouts.

But Aspen Mine Executive Director Ted Borden assured the council that this isn’t the case, in response to a question by Councilman Tom Litherland.  He said this trend of getting invaded by more homeless folks has diminished somewhat. “There has not been an increase,” said Borden. Plus, he cited a policy that scrutinizes clients and only assists those who want to help themselves and who are actively searching for work. “People are here for the right reason,” he added.

Litherland stated that the town’s homeless situation was a big concern several years ago. Borden agreed, but contended that this problem has been addressed.

Moreover, Borden expressed much satisfaction in the track record of the Aspen Mine, citing statistics indicating that 90 percent of the funds generated go towards new programs, with only 10 percent going towards administration. “It has been a great sense of pride for me,” said Borden, who has served as the executive director since the center started.

More specifically, he noted that the Aspen Mine has served more than 8,000 families and individuals since it started, and has provided $1.7 million in assistance to residents in Teller County.

The Aspen Mine has quite a colorful history, as the building once featured a two-story casino that was quite popular with the locals in the early years of gaming. However, when the New Jersey owners shut the casino down, they then eventually donated the property to the Community of Caring in 2001. This opened the door for a one-stop-shop resource center to help address the problems facing southern Teller.

By all accounts, the Aspen Mine Center has become a resounding success story.

Since it started, the number of groups operating in the facility has increased, along with the services available. The Community of Caring has expanded from a staff of one to 14 employees, according to Borden.

The proposed tax increase represents a continuation of levies enacted in both 2003 and 2007. Both of these tax hikes, though, expired after a certain defined number of years.

If history repeats itself, the Aspen Mine should be in the driver’s seat, as this levy passed overwhelmingly during the two previous attempts. But the word “tax” still has some negative implications in the minds of local voters.

The council reacted favorably towards the proposed levy and complimented Borden on the work of the Aspen Mine Center and the Community of Caring.

City attorney Lee Phillips cited these types of supportive measures as what is favored through the Fair  Campaign Finance Act. However, he cautioned that the city could not use any financial resources in supporting the issue.

In other action, the council received an update on the search for a new city administrator by Human Resources Director Carol Stotts.

Stotts made no pretentions that the city is trying to duplicate the process it used to select a new fire chief, Dean O’Nale, a process that has received good reviews. It is relying on the recruiting expertise of the KRW recruitment firm, based in Colorado Springs.

According to Stotts, the job posting has officially closed, and a field of 35 applicants have thrown their hats into the ring for the position. “There are some great applicants,” said the human resources director. She said the field will be reduced to nine semi-finalists, based on the recommendations of KRW. The firm will then vet the semi-finalists and prepare a report for the council.

The council will then do the final interviews.

There is no set time deadlline for picking a new administrator. The current contract with Interim City Adminisrator Ray White extends through the end of the year. And under one scenario, the council could decide to stick with White for the permanent city administrator pick.

The council spoke favorably of the process undertaken to select a new city boss, with the use of a recruitment firm. “It worked for us for our fire chief,” said Mayor Bruce Brown.