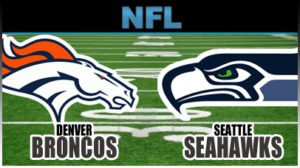 ~ by Bob Volpe ~
Pre-season is over and nobody cares, except for the players who didn’t make the cut or the practice squad. The Broncos are deep with talent this year and it’s a shame we can’t keep them all.

Except for Paxton Lynch. Nobody wants him. Lynch had a good game against the Cardinals
deaf, dumb, and blind third stringers, but the bottom line, he’s a bust.

Now it’s time to get down to business on the road to Super Bowl LII. That’s 53 for the Roman numeral challenged. (Myself included, I had to look it up).

First out of the chute on the Bronco’s 2018 regular season schedule is the Seattle Seahawks, at Denver, this Sunday. Right off the bat, let’s talk about the Seattle defense. This ain’t
your grandpa’s Legion of Doom. Nope. Having released Richard Sherman, traded Michael Bennett, and Earl Thomas holding out, the Doom is now reduced to Gloom.

While there are only a few Broncos left who played in that Super Bowl, it won’t be forgotten by those guys.

So much for the defense. On offense, the Hawks still have gun-slinger Russell Wilson to chuck the rock, but the team is regrouping some on offense, with three of their most productive pass-catchers departed in free agency. Wilson comes off a season in which he tied his career best with 34 touchdown passes but was forced to run more than the team wanted. They also don’t have Skittle munching Marshawn Lynch. Beast Mode has been caged and now collects a check from the Raiders for occupying the bench. We’ll get to him on September 16th when the
Raiders come to town.

The Hawks did beef up their O-line in the offseason, so they will be a challenge for the Bronco pass rush.

In the passing game, they have wide receiver Doug Baldwin, one of the league’s best at getting separation. At tight end, they have free-agent signee, Ed Dickson. He’ll offer a decided upgrade as a blocker. Slotback Tyler Lockett, who provides a deep threat, and former Cardinal wideout Jaron Brown will vie to become Wilson’s second option. Seattle needs more help here, which is why six-time Pro Bowler Brandon Marshall was signed to a one-year deal in late May. 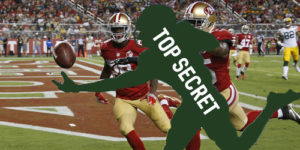 This year’s Broncos are going to surprise a lot of teams, and the Hawks will be their first victim.
Offensively, the Broncs have a plethora of new talented weapons, bolstered by veterans, Demaryius Thomas and Emmanuel Sanders at wideout. The O-line is much better than last year’s injury-plagued line, which was forced to play musical chairs last year.

Head Coach Vance Joseph revamped the coaching staff, ditching Mike McCoy as offensive coordinator and bringing in Bill Musgrave. Musgrave’s schemes are much less complicated than McCoy’s, but don’t let that lead you to think the offense will be predictable.

This pre-season the Broncos kept their offensive scheme plans close to the vest They only showed a little razzle-dazzle once, with a reverse to Sanders, who took the hand-off to the house against the Redskins.

The defense has shown some weakness against the run this pre-season, but nothing that can’t be fixed quickly. And they’re deep at linebacker and defensive end. They need to get a little better in the middle of the line against the run, but Domata Peko and Derek Wolfe
are both healthy for once.

With rookie Bradley Chubb and Von Miller harassing Wilson all day, look for some turnovers coming the Bronco’s way.

All the talking heads and blog gurus are discounting the Broncos. The naysayers are all picking the Hawks in this one. So are the bookies in Vegas. The average line right now is Seattle by 3.

Take the spread.
This one will be decided by a field goal. Broncos win 27-24. 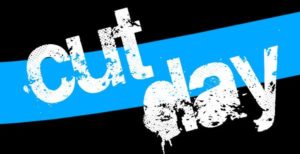 Addendum: When the Axe Falls

None of these releases were a surprise. The gut wrenching task of cutting players that the team would rather have kept came on Saturday as the deadline approached.

Some will find their way onto the practice squad, if not grabbed by other teams.
P.S. How good was the 2018 draft? 9 of 10 players drafted in 2018 made the team.