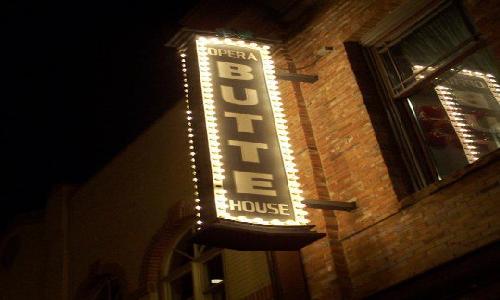 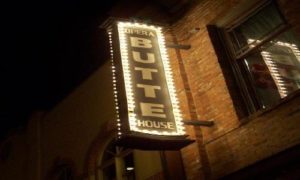 Get ready for a wild cabaret performance on Aug. 12, where acclaimed performers don’t hold back, and a rare silent auction unfolds in Cripple Creek, stating at 6 p.m.

And then prepare yourself for the real serious show: A major announcement regarding the next development phase of the nearly 20-year-old Butte Theater, regarded as the hub of live entertainment in southern Teller.

Representatives of the theater foundation will unveil plans for the proposed West End Performing Arts Complex, encompassing the first major expansion bid of the Butte since it opened around 2000.

“We believe this will be a major improvement for the Butte and for the city,” said Scott Robertson, a member of the Butte Theater Foundation Board of Directors, which oversees the theater. In addition, Robertson is the chairman of the Butte’s Facilities Development Committee.

In essence, the Foundation hopes to purchase two adjoining buildings from an out-of-town owner, next to the Butte, including the infamous Star facility, and embark on a capital fund-raising campaign.

If successful, the effort would help cement this section of town as the cultural hub of Cripple Creek. The overall vision calls for the extended Butte to become known as the “West End Performing Arts Complex.”

“We just see so many opportunities with this plan,” said Robertson. The Facilities Development chairman also reports a robust season so far for the Butte in 2018. Already, attendance at shows has increased close to 20 percent compared to last year at this time, according to Foundation representatives.

This growth in patrons is part of the 70th year anniversary of classic melodrama in Cripple Creek, a trend introduced by the Mackin family. Steve and Bonnie Mackin, the son and daughter-in-law of the original Imperial Hotel owners and melodrama pioneers (Wayne and Dorothy Mackin)  actually started the original debut of live theater at the Butte nearly 20 years ago.

Already, informal talks have occurred with the city of Cripple Creek and key donors regarding the expansion. “We have had phenomenal support from city officials,” said the Facilities Development chairman.“They have encouraged us to pursue our plans.”

The first phase of the project will center on obtaining the Star building, which will serve as a much improved lobby area for the Butte and a place for pre and post-performance acts and more fun cabarets. But for the most part, it would serve as a better place for patrons to hang out before and after shows, to socialize and to have drinks and small snacks, and to meet the performers in a more informal setting.

“Right now, there is no place for people to sit before the shows or to go afterwards.  This would serve as more of a grand entrance to the Butte,” said Robertson.

Currently, the building is used by Butte performers informally as a changing area.

Other plans call for a display area for local businesses and re-energizing the Star building, which once bustled as a unique casino. “There is a great bar at the Star that still stand there today,” said Robertson.

However, no plans are in store for a dinner theater, an idea mulled a number of years ago by former Mayor Ed Libby. “We don’t want to compete with existing restaurants and businesses,” said the Foundation board member.

But the Butte leaders would like to have extended drink and snack service, following their shows.

And with the town’s push for more of a destination area environment, Robertson and other Butte leaders believe this plan would mesh well with the city’s future aspirations.

Currently, the Butte theater, with its assortment of seven major shows, attracts close to 20,000 patrons  a year, with a large number of these coming from areas outside Teller County.  With this expansion, the cards could be drawn for more overnight guests in Cripple Creek.

The Butte has consistently won top laurels as the best entertainment spot in the high country. And according to many accounts, it ranks as probably the best small theater venue in the entire Pikes Peak region.

But pre and post-show activity has often drawn a blank at the Butte. The proposed expansion would fill this gap, according to plan proponents.

The new plan, though, does call for a capital fund-raising campaign in order to obtain the buildings in question. Besides the next door Star, the Butte Foundation group is eying the Golden Horseshoe facility. Part of the future plans also call for having actor housing in the complex area, and more amenities in the Golden Horseshoe.

More specific details will get unveiled this Sunday regarding the financial aspects of the plan and the architectural renderings of the expansion.

Although not dwelling into details, the Foundation leader has indicated they have gotten a head start in devising a solid plan for generating the needed revenue, at least for the first phase of the project, dealing with the acquisition of the Star building.

Besides the purchase of the Star, plans call for an extensive renovation.

In the meantime, Robertson wants all community and local residents to partake in the fun this Sunday.

“The event is titled Cabaret and Silent Auction and is our annual fund-raising event,” said Robertson. “This year, we will use that forum to make this major announcement. The Cabaret is a fantastically fun event, where all of the actors are unhinged  and allowed to perform their favorite solos and small group performances unscripted. Rather than seeing them merely play their assigned role in a show, this event really lets them shine and show all their talents.”

Plus, Butte operators have vowed some enticing, rare items on display for the silent auction.