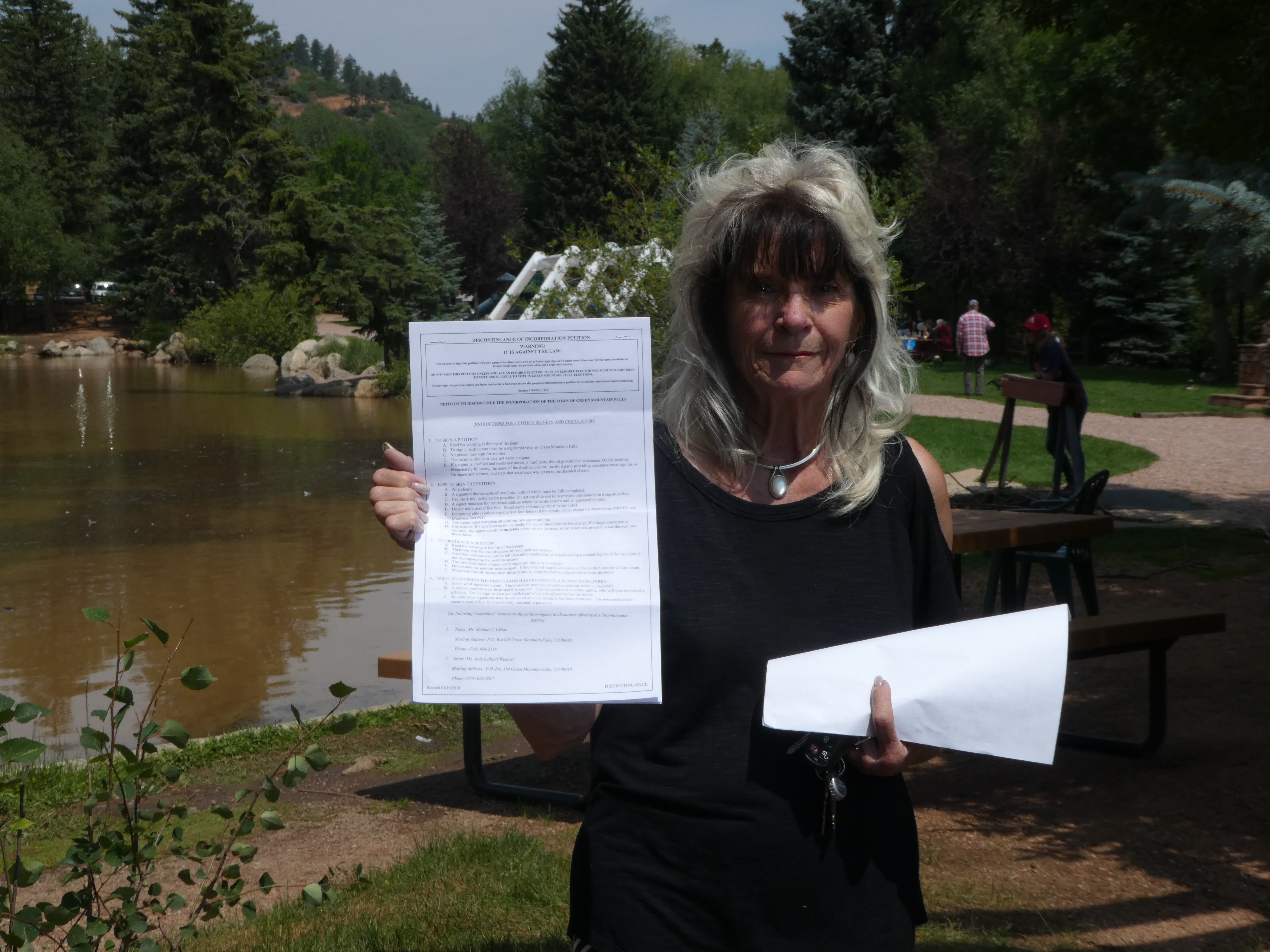 That’s the battle cry of a small group of local residents, who have officially kicked off a campaign aimed at pulling the plug on the local GMF government, with a plan for the de-incorporation of the small Ute Pass community.

Under a new setup, GMF would become a totally unincorporated town, and would contract out services mostly with El Paso and Teller counties, and possibly other entities.

“Nothing is getting done,” blasted Judy Wiedner, a long-time GMF resident, who is the chief organizer of the campaign. In addition, she cites a plethora of broken promises, failed grant commitments and significant management concerns.

“People are all over this.  We have had a lot of support,” she added, in regards to the plans to de-incorporate GMF. Wiedner actually informally started the effort last winter, but then suspended the campaign when she left the area for a brief period.

During an official announcement last week, the campaign leader remained more low-key about the specific reasons for the local government separation.

She wants citizens to sign their petition, which merely asked for permission to “discontinue the incorporation of the town of Green Mountain Falls.” Wiedner said the main thrust of the campaign is to submit signatures from registered GMF voters by the end of the month to facilitate the need for a vote on the issue.

The goal is to snag a spot on the Nov. 6 ballot.

“People can also vote against it during the election,” said Mike Urban, a local business owner and petition collector. Urban, like many GMF residents, believes it’s time to let the voters decide this critical issue.

According to Wiedner, the group needs to collect nearly 110 signatures to qualify as a ballot question for the November ballot. That amounts to 25 percent of the registered voters.

Ballot questions would occur in both El Paso and Teller counties.

“We would be making history,” said Wiedner.  According to her initial research, no other town in Colorado has become unincorporated that is part of two counties. The bulk of GMF rests in the west side of El Paso County, but a small part exists in Teller.

If the signature threshold is met, the petitions would be submitted to a District Court judge, noted Wiedner. 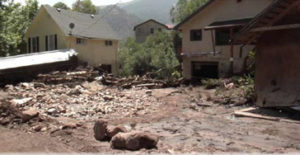 Reaction to the campaign has been mixed. Most residents are extremely concerned about the state of the deteriorating roads, with reports of conditions nearly plunging to an extreme, dire situation unrivaled for several decades. The problem was escalated even more with the recent floods and the declaration of a disaster (see related story). Many are also worried about current services and other infrastructure challenges.

Some, though, are skeptical if de-incorporation would solve the current problems.

“You would be complaining to an empty building,” noted Interim Town Manager Jason Wells. He said he doesn’t have any problems with the campaign and refused to speak against the group’s effort.

Wells and other officials are looking at changing the way staffing is done for GMF. He has cited the fact that GMF is trying to handle growing road woes, with a crew of only one and a half employees. Not a new idea

Actually, de-incorporation was one idea thrown on the table during an economic sustainability committee report done about eight years ago, but was never pursued. In fact, this idea has been touted a number of times in the last several decades.

Critics of the idea, including many civic leaders, question the delivery of services under an unincorporated setup, and believe GMF would lose much of its small-town historic charm. In a previous email, GMF Mayor Jane Newberry stated that this idea sometimes generates attention in small incorporated towns like GMF. She said the board of trustees realize the interest in this issue.

Critics, though, say the details of such a plan would need to be seriously explored. “Be careful what you wish for,” stated several citizens on the TMJ social media pages.

Proponents, however, tout the idea of lower taxes and residents having more control of their destiny.

If the issue gets on the ballot, Wiedner said the group would sponsor a number of public meetings. For more information about the campaign, call 719-233-7973.