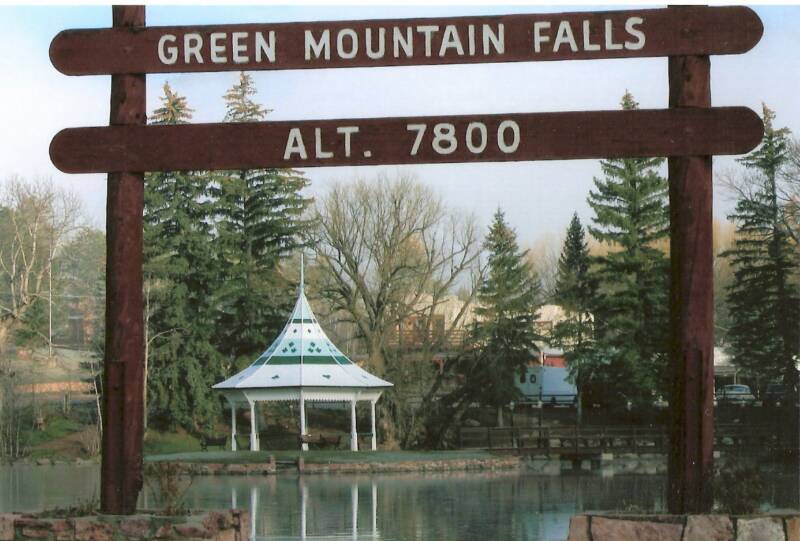 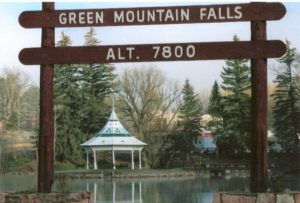 Bad roads, staff turnover and flood invasions are only part of the problems for town officials and trustees of Green Mountain Falls.

A group of area residents say they plan to move forward with efforts to have the quaint Ute Pass community de-incorporated, and rid itself of a statutory government setup citizens have pursued in GMF since the late 1800s.

However, this drumbeat has been heard repeatedly in the past, with no real action. Trying to take strides to become an unincorporated town does require leaping a bunch of legal and political hurdles.

According to Judy Wiedner, a local GMF resident who is trying to organize the campaign, timing is on the group’s side. She said the group last week met with key members of the El Paso County Commissioners and other officials, to have the wheels set in motion if the town divorces itself from its current local government. “People are very excited. We have had a lot of support,” said Wiedner.

“People keep asking us, ‘when are you going to start this.’”

If Green Mountain Falls becomes de-incorporated, then the community would have to contract services with El Paso and Teller counties and other entities, or possibly private companies.

The group, consisting of residents in Green Mountain Falls and the Ute Pass region, plans to conduct a press conference sometime in the next few weeks to formally announce their plans.

Most likely, the effort would require the approval of a petition; the collection of an appropriate number of signatures; and a vote that would involve both El Paso and Teller counties. Green Mountain Falls mostly resides in the western part of El Paso County, but a small section is located in Teller County. “We would be making history,” said Wiedner, when explaining the possibility of having a town become de-incorporated that is part of two counties in Colorado.

The group, which has mulled this idea for the last few months, hopes to have the de-incorporation ballot propositions voted on this November. That could require a successful ballot proposition, with a set number of signatures. Already, the November ballot could feature a number of hotbed issues.

De-incorporating Green Mountain Falls, and establishing a setup similar to Cascade and Crystola isn’t new. The idea was even presented as one possible option when the town established an economic sustainability committee about 10 years ago. Leaders estimate that the idea has been thrown around at least three times in the last several decades.

However, none of these discussions resulted in any formal plan for Green Mountain Falls to become a un-incorporated town.

Critics of de-incorporation, including many civic leaders, say this plan wouldn’t work and residents wouldn’t receive nearly as many services. As the cliché goes, “Be careful what you wish for.” Many argue that these ideas often look good on paper, until the reality approaches regarding service delivery.

Proponents, however, cite many tax advantages They also believe town residents would have more control over their destiny.

This issue could become one area of focus for the new comprehensive master plan for Green Mountain Falls.

Regardless of any de-incorporation plan, the town may consider ways to reorganize the current government and the way services are provided.