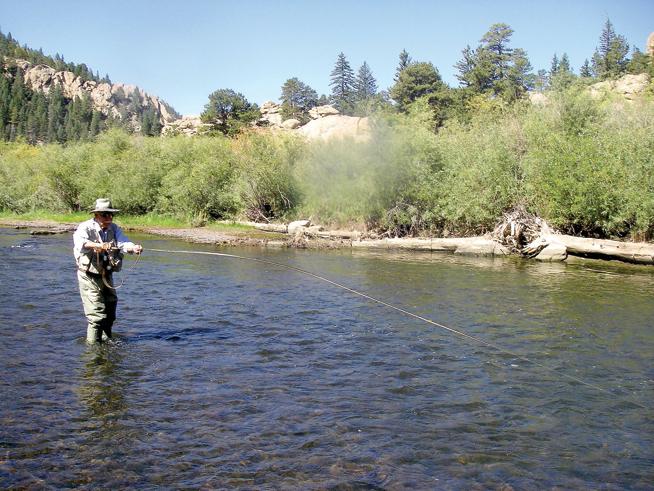 Chance to give back to South Platte fishing jewel 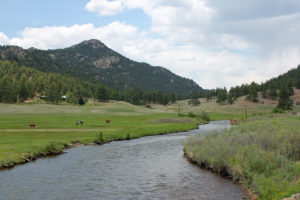 This Saturday (August 4) from 9 a.m. to 1 p.m. outdoor buffs can join Landon Mayer and your fellow anglers for a day of giving back to the great fishing resource: the Charlie Meyers State Wildlife Area, AKA “The Dream Stream.” The event will start at the gauging station parking lot on County Rd. 59.

This is the third annual “Clean the Dream” event hosted by Landon Mayer and Brandon Kramer.

We all know the Dream Stream is one of the most heavily fished stretches of the South Platte River. The spring Rainbow Trout and the fall Brown Trout spawn in this stretch of the South Platte draw hundreds of anglers from around the world who come to try to catch the trout of a lifetime. Inevitably, this and the normal year-round use of the “Dream” results in a lot of trash.

Because of its worldwide reputation, the Dream Stream sees a lot of action. An estimated 150 fisherman descend on its banks to ply their skills every week, with the majority of pressure coming during the spring Rainbow Trout and fall Brown Trout spawning migrations when as many as 300 fisherman visit weekly. 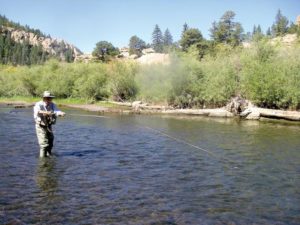 With so many people using the river there are inevitably some negative impacts. Trash is a byproduct of human activity that affects us all. Fishermen are generally more environmentally conscious than the average American, but even among the ranks of the disciples, there are accidental discharges and even flagrantly thrown trash deposits that pile up in willow stands and on the banks of the river.

Last year’s event drew over 30 people, who came to give something back to the river that provides them with some of the best fishing in the world. They collected several hundred pounds of trash, including old tires, metal roofing material, various kinds of plastic, barbed wire, and even an old bed spring. 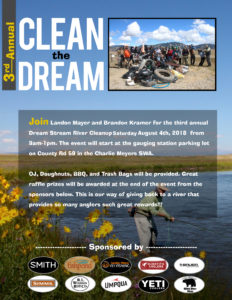 Landon and Brandon will supply OJ, donuts, and garbage bags to get you started. There will be a BBQ and raffle after 1 p.m. when everyone gathers back at the parking lot. The raffle alone is a good reason, (as if you need one), to turn out for this event. Items donated by the sponsors for the raffle are some high-end fishing paraphernalia. There is an unconfirmed rumor that R.L. Winston donated a rod this year.