The draft, titled, “A Resolution Revising the City Council Rules of
Procedure” or Resolution 830 is the brain child of Carr with the
cooperation and input from everyone on council.
The purpose of the draft is to amend the rules and procedures so that
it “may more effectively and efficiently conduct the business affairs
of city council.” 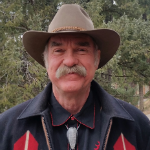 Before the meeting began Carr gave a brief introduction of the
proposal. He said, “In February and March of 2018 many citizens
complained of the very unprofessional council meetings that were
occurring since the first of the year and some going back to earlier
years. Several of us got emails, calls during the campaign. Our city
staff also complained about the same issues. So in April some of us on
council started an effort to research our existing council
procedures.”
Carr explained they researched dozens of policies from other
municipalities throughout the state to see how they dealt with
procedures.
This workshop was originally scheduled for June 16th but was moved to
July 12th to give time for more input. Carr noted the council has also
been very busy with the hiring of a new city manager, which added to
the delay.
Some of the highlights of changes that were kicked around include:
•       Moving public comment up on the council agenda from ninth to seventh
to allow citizens who can’t stay late a better opportunity to be heard
by council. Since council meetings are held on a weekday evening,
sometimes running well past 9 p.m., this will hopefully lead to more
transparency and community involvement.
•       Requiring those who wish to address council to state their address
was also a matter of concern. Since these meetings are televised, the
concern is citizens giving their address leaves them vulnerable to
burglary since they are obviously not at home, and with some issues
being contentious leaves citizens open to retaliation by those who
disagree with their positions.
•       Leclercq suggested council minutes be streamlined. She suggested
since the meetings are now televised that the official minutes could
include a time stamp for each agenda item, so those who want to hear
the entire discussion could refer to the recorded video and easily
find the issue that they are interested in.
As the 14 page draft was gone through section by section, items were
clarified, deleted, and/or referred to the attorney for legality and
compliance with the city charter.
To be clear, this is a draft and as such is still in the process of
being finalized. When the final draft is drawn, it will be presented
to city council for approval.
Carr hopes to have a final draft ready for council by the July 19th
regular meeting, but this may not be possible since there are time
constraints on the city attorney who must first preview the document
for legal issues.