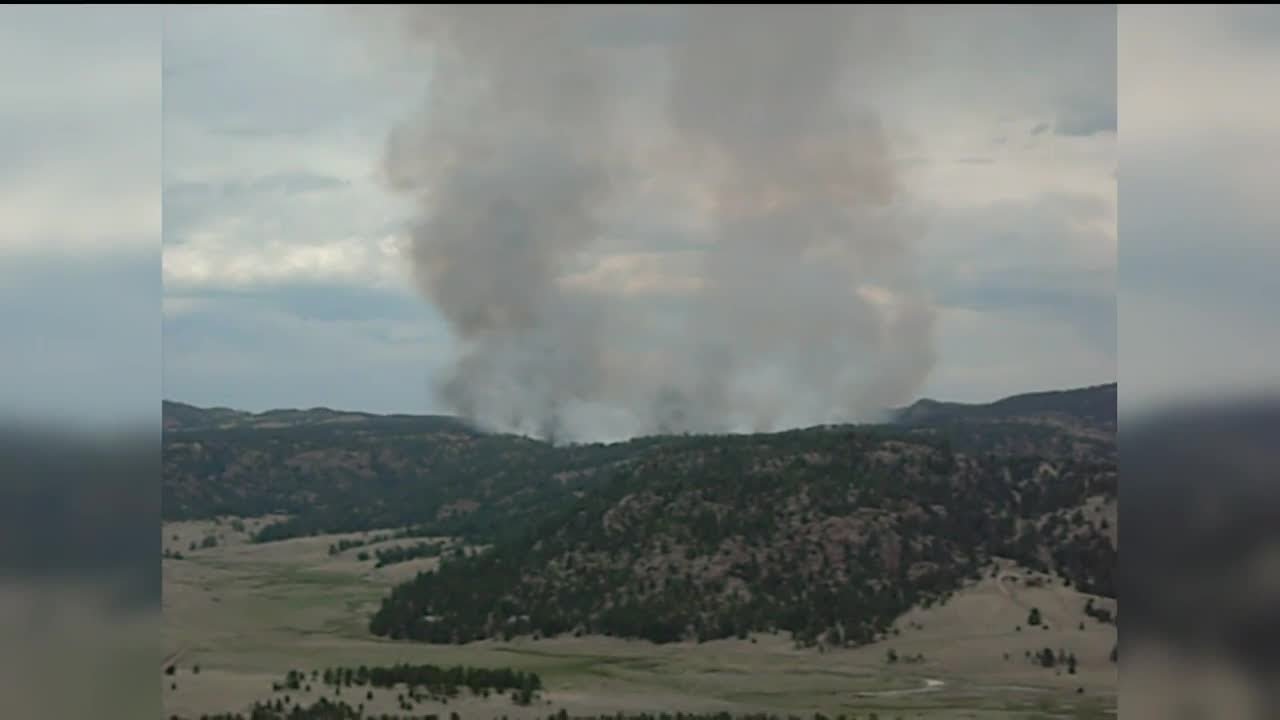 Authorities warn about letting your guard down 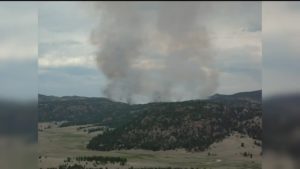 Don’t be fooled by the occasional overcast skies, the few drops of rain and arrival of afternoon thunderstorms in the high country, as disaster still lurks.

But at the same time, take pride in a county that works well as a team in fighting calamities like the recent High Chateau fire, and kudos to the emergency responders, firefighters, state officials and most important of all, the citizens.

These were some of the messages relayed by the Teller County commissioners and lead sheriff authorities, during a meeting last week in Cripple Creek.

Not surprisingly, the subject of the High Chateau fire, which scorched more than 1,500 acres and burned eight residences and many buildings, and forced the evacuation of more than 1,000 people, took center stage at the regular meeting of the commissioners. 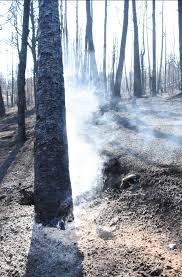 County leaders mourned the loss of homes and property by residents, but rated the effort to grapple with the fire as a huge success.

“We had a major incident,” said Commissioner Dave Paul, in describing the fire. “The results were excellent.  There was no loss of life. I am very thankful to this organization.”

Moreover, Paul and his fellow commissioners cited the amazing teamwork that occurred among a multitude of agencies, and even with the state in their designation of a disaster after the first day of the fire. “It all came together and paid off,” added Paul.

“I want to thank the citizens of Teller County,” said Commissioner Norm Steen, in describing the actions of residents as outstanding in complying with the evacuation orders and helping those in need.

“I am humble and proud to be part of this county,” said Commission Chairman Marc Dettenrieder. “It was just amazing. Everyone stepped up. (People) left their egos at the door.”

“We have a very resilient community,” said the sheriff. More specifically, Mikesell cited the volunteer services as a big factor that led to the success in dousing the High Chateau blaze. Reactivating the pool of volunteers has been a main mission of Mikesell, since he assumed the role as sheriff.

He also lauded the cooperation the sheriff’s department received from other agencies, who offered them needed personnel. “These people allowed us to deal with the crimes (occurring in Teller County)…I am proud of the outcome.”

However, the one missing equation is the total price tag of the fire for the county. Teller did qualify for state assistance, shortly after the blaze took off, meaning that it didn’t have the local resources to fight the blaze.

County officials didn’t release any final numbers last week. But the county will most likely have to foot some hefty bills.

Also, an executive summary of the fire has indicated some areas of needed improvement. Plus, some communication issues, and the lack of Internet and cell phone coverage in the area, created problems, according to citizens impacted by the fire.

But overall, county leaders and most residents expressed much praise towards the firefighting response and the overall effort.

One advantage for Teller is that the county is well versed in handing fire disasters, with the region getting hit with some of the most serious blazes in the state over the last 15 years.

Teller County Sheriff Commander Stan Bishop, a veteran of the Hayman and Waldo Canyon fires, cited major improvements in citizens’ response to evacuation orders and in handling these types of disasters.

Plus, Bishop and other sheriff official touted the fast response by the Four Mile Fire Protection District and the wildland task force, once the fire was spotted. Initial responses to fires of this nature are critical.

That was one lesson learned from the Hayman of 2002, which spread into a major catastrophe within a day, exploding from outside Lake George to the border of Teller/Douglas County, north of Woodland Park. This fire turned into the largest blaze in the history of Colorado.

The High Chateau blaze had that potential, with the first day or so appearing like the county could relive another Hayman disaster. 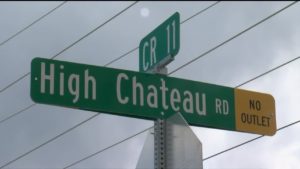 “It was a large fire and spread fast,” said Bishop.  “These guys got right on it.”

Much dispute ensued at the time of the Hayman over which agency has jurisdiction over battling the blaze.

That’s not the case anymore. According to Bishop, local emergency responders, law enforcement authorities, firefighters, federal fire specialists, and state officials work much closer together. Another improvement cited deals with how subdivisions are evacuated. “The main challenge we have is that there is only way in and one way out,” said Bishop.

Oddly enough, the residents of the High Chateau area complained about this fact several weeks before the fire regarding the issue of deteriorating roads. Those complaints pale in comparison to what occurred during the High Chateau fire.

The disaster has not been averted, with firefighter efforts returned to the command of local fire protection districts.

And officials issued continual warning bells at last week’s meeting, indicating that the fire scare is far from over.

Dettenrieder agreed and urged residents not to let down their guard with occasional thunderstorms and overcast skies. He said it doesn’t take long for the ultra-dry conditions to resume due to the above-normal temperatures. Teller County and much of Colorado is experiencing a major drought. As of today 7/18/18 reduced to Stage 2.