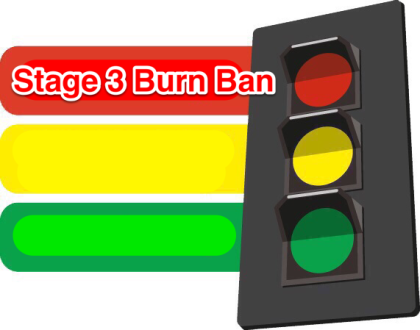 The near-record hot and dry weather has bombarded the area, forcing the Teller County commissioners to make an unprecedented move last week.

Due to the extreme fire danger conditions, and the fact that a devastating wildfire had scorched the area for a few days, the commissioners held an emergency meeting. Based on recommendations from local authorities, the commissioners drafted a resolution to put some of the toughest fire restrictions allowed in place. With these rules, violators of fire ban rules now face extremely strict penalties that could swallow their

pocketbooks and put them in jail. “Whereas, existing extreme dry conditions throughout the region have left Teller County in a very vulnerable condition for wildfires,” the resolution stated. The commissioners went on to explain in the resolution that open burning is a “prime cause” for wildfires. Next, the resolution officially enacts a Stage 3 fire ban and explains exactly what that means.

At the end of last May, the commissioners passed a resolution implementing Stage 2 fire restrictions. A Stage 2 fire ban outlaws charcoal grills, open burning, and smoking cigarettes outdoors. The Stage 3 fire ban recently passed by the county includes all of the Stage 2 restrictions and outlaws more activities.

According to the latest resolution, citizens and visitors can no longer do any type of outdoor cooking. The fire restrictions make cooking on anything including propane grills and stoves, smokers and even electric stoves ill 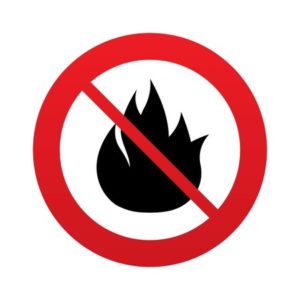 legal. Along with putting a damper on holiday barbecues, the Stage 3 ban makes it a crime to shoot firearms on both public and private lands.

A Stage 3 ban is the next step to virtually shutting down public lands and parks due to fire dangers.

After the High Chateau fire displaced nearly 2,000 people and before the commissioners passed the fire ban resolution, the Teller County Sheriff’s office announced to the public that they were implementing a zero-tolerance policy for all types of open burning. The office announced that they would be writing anyone caught violating the Stage 2 fire ban a ticket sticking them with up to a $1,000 fine. After the Stage 3 ban was enacted, local law enforcement’s zero-tolerance policy is still running strong. “We have been sending deputies out into the areas of the county that are well known for camping, looking for people starting fires,” Teller County Sheriff Jason Mikesell said at a community meeting for the High Chateau fire. The sheriff went on to say that his deputies would continue to patrol and step up enforcement of fire restrictions.

The bevy of fire restrictions has affected a number of local summer events. Along with canceling the fireworks celebrations in both Cripple Creek and Woodland Park, the fire ban has made it difficult to put on outdoor events since cooking is not allowed. Fortunately, the city of Woodland Park allowed certain vendors to cook outside during their annual Independence Day celebration in Memorial Park. Unlike the unincorporated areas of Teller, a Stage 3 ban has not been enacted in Woodland Park or Cripple Creek.

However, the fire restrictions and weather caused another popular annual event to not take place. Days before Woodland Park’s annual Symphony Above The Clouds, officials made the decision to cancel the fireworks display. On the day of the event,, the decision was made to cancel the show completely due to the fire restrictions and the thunderstorms forecasted for the evening of July 5. “We regret having to postpone this important celebration in our community,” Judy Drake President of the Ute Pass Symphony Guild said.

However, no reschedule dates have been set for the event. This is one of the few times in recent memory that the symphony, Woodland Park’s most highly attended cultural event, has been canceled.