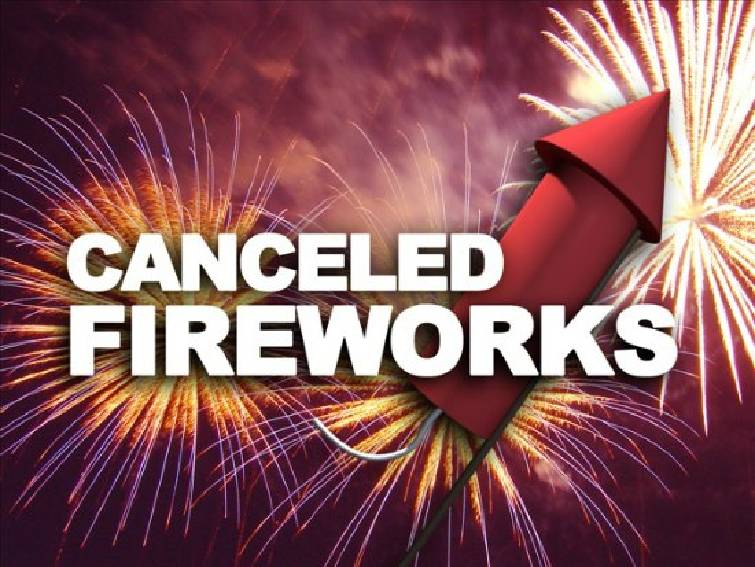 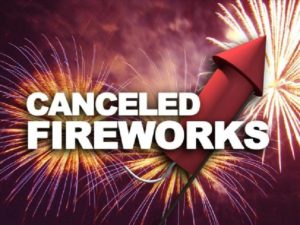 ~ by Trevor Phipps and Rick Langenberg ~
The local prospects of keeping the door open for signature and traditional July 4th celebrations in the high country have died, thanks to Mother Nature.
As a result, all fireworks shows by local municipalities have been cancelled, including the town of Cripple Creek. Until late last weekend, Cripple Creek remained the sole hold-out for their prized July 4th pyrotechnical display in the area.
The Ute Pass region as well as the rest of Colorado has thus far stay in severely dry, drought conditions and a variety of fires ignited throughout the state and local area. One of these fires, the High Chateau blaze in southern Teller, has led to the evacuation of several hundred residences.
Last week, temperatures increased and many places in the area set record highs. To add to the hot weather and lack of rain, Mother Nature has also riddled the region with excessive winds forcing red flag warnings on a regular basis.
Last Wednesday, exactly a week before the Fourth Of July holiday, local authorities announced the fate of each fireworks display planned for Independence Day. Most municipalities in the area have decided to cancel the fireworks part of their holiday celebrations due to the dry, high fire danger conditions.
According to local reports, fireworks shows in Breckenridge, Manitou Springs and Woodland Park have all canceled their planned public displays.
Last Wednesday, the city of Woodland Park released a statement saying that the fireworks celebrations would be cancelled due to the dry conditions and the Stage 2 fire ban currently in place. The officials said that the fireworks that normally take place onJuly 4 and the ones during the Symphony Above the Clouds on July 5 would both not happen this year. The report did say that the canons will still be fired off by representatives from Fort Carson, following the Symphony Above the Clouds, but that no fireworks will be shot off.
However, some cities such as Colorado Springs have decided that they will continue their plans to host fireworks celebrations. A big fireworks show also was held last week outside the Broadmoor, in conjunction with the 39th U.S. Senior Open.
Originally, Cripple Creek opted to do their show, considered one of the best in southern Colorado.
“The plan is to move forward with our fireworks,” said Cripple Creek Marketing Director Steve Kitzmanduring last week’s city council meeting. But he did say that there are some situations that could come up that would require the city to reschedule or cancel their display. If that scenario occurs and the Wednesday fireworks celebration is canceled,  then the city will hold the celebration in September during their fall festival.
“We are trying everything we can to put on a safe event,” Cripple Creek Fire Department Captain Chris Ekstrom said. He went on to say that the city has put in a lot of extra resources to make the show go on.
During the past few weeks, the city has spent time mitigating the location where the fireworks will be launched from. City officials have made sure to keep the grass mowed down and spray the area with water.
But these pronouncements came to a halt last weekend, with the spread of the High Chateau fire near Cripple Creek, and other blazes throughout the region.
In an announcement  issued over the weekend, Kitzman confirmed that the show is now a no-go. “Due to the fire situation in Teller County, the Cripple Creek fireworks display on the 4th has been cancelled.  The status of the remaining activities as well as alternate plans and dates will be announced as soon as possible.  Thank you for your patience and we ask for your prayers and support for our affected friends, neighbors and fire and law enforcement personnel as they work diligently to contain the fire,” stated Kitzman.
For Cripple Creek, their July 4th fireworks show has become one of their signature events. The display, which accompanies music and some great special effects, is even regarded as one of the premiere shows in southern Colorado.
The show has been cancelled once or twice in the past, when the region was regularly confronted with a huge dry spell.